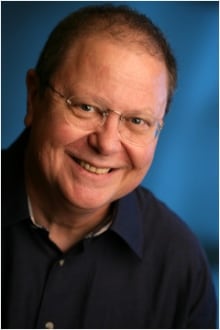 The Berlin-born Gothe was 70 years old.

According to his wife Kate Williams, Gothe died during happy hour in Haro Park Centre in Vancouver’s West End, where he had been living since last year.

He moved into the complex after his cancer progressed to a point where he couldn’t remain at home.

Gothe was the Georgia Straight‘s wine writer from 1997 to 2014. He continued writing columns while battling cancer, only stopping when he had to move into a care home because of his health problems.

His popular Uncorked column made wine accessible to hundreds of thousands of Vancouverites. In this role and as a wine writer for various other publications, Gothe contributed enormously to B.C.’s vibrant wine culture.

Gothe was no wine snob and made a point of writing about products that average British Columbians could afford.

Across Canada, Gothe is best known as the former host of the national DiscDrive show, which aired on CBC Radio 2 from 1985 to 2008. It featured an eclectic mix of classical, jazz, and other forms of music, mixed in with Gothe’s trenchant observations and comments about his cat.

Before that, he hosted a CBC program called Front Row and worked at CHQM in Vancouver.