actor Sterling Hayden was born in Upper Montclair New Jersey. Most of his career was on the big screen, where his studio advertised him as “The Most Beautiful Man in the Movies.”  His limited TV appearances included The Godfather Saga, The Blue & the Grey, and four starring roles on Playhouse 90.  He died of prostate cancer May 23 1986 at age 70.

Also in 1916, trumpeter/bandleader/arranger Vic Schoen was born in Brooklyn.  From the late 30’s through the 1960’s he was one of the busiest arrangers, recording with Dinah Shore, Bing Crosby, Danny Kaye, Ethel Merman, and most notably, the Andrews Sisters.  Later he added Patti Page, the Weavers, Andy Williams, & Pat Boone, a number of whom he worked for on their TV shows.  He died of pneumonia Jan 5 2000 at age 83. 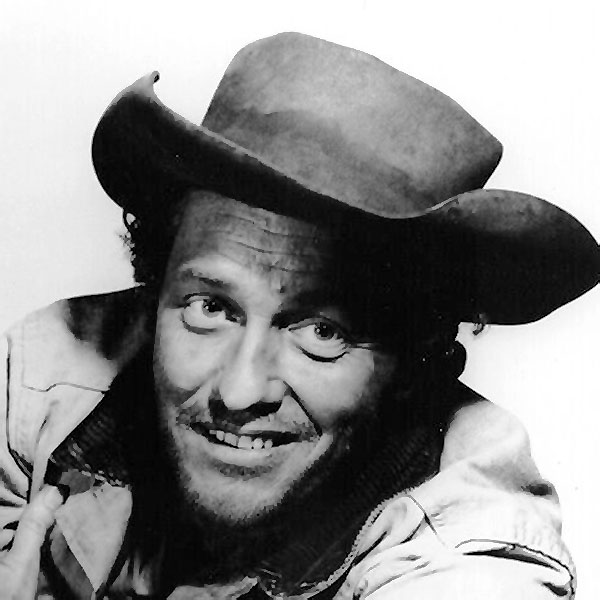 In 1919, actor Strother Martin Jr. was born in Kokomo Indiana. A national champion diver, he got into show biz on a local kid’s TV show “Mabel’s Fables.”  A few bit parts led to a friendship with film director Sam Peckinpaugh & a series of uniquely  menacing TV & film roles, including multiple appearances on Gunsmoke, Bonanza, Have Gun Will Travel, Perry Mason, Baretta, etc. His career was at its peak when he suffered a fatal heartattack Aug 1, 1980 at age 61.

In 1941, one of the top all-black big bands Jimmie Lunceford and his orchestra recorded the tune, Battle Axe, for Decca Records.

In 1956, comedian Red Buttons made his debut as a television actor in “The Tale of St. Emergency” on CBS TV’s drama anthology series Studio One.

In 1957, Ricky Nelson recorded his first songs, the Fats Domino standard “I’m Walkin'” and “A Teenager’s Romance” for the jazz-oriented Verve label.

In 1958, the 30th Annual Academy Awards celebration was televised with Rosalind Russell, James Stewart, David Niven, Jack Lemmon, Bob Hope and Donald Duck (on film) co-hosting.  Two blockbusters shot it out this night, The Bridge on the River Kwai, with 7 Oscars, vs. Sayonara with 5. The prize for Best Music/Song went to James Van Heusen (music), Sammy Cahn (lyrics) for All the Way (the classic Sinatra song) from The Joker Is Wild.

Also in 1958, Dee Clark recorded “Hey Little Girl” which would peak at #2 on the Billboard R&B chart.

Still in 1958, in New York City, the Kalin Twins recorded their one-hit wonder, “When,” which topped the UK pop singles chart for 5 weeks. (Peaked at #5 in North America.)

In 1959, The Coasters recorded a comedic number from songwriters Jerry Leiber and Mike Stoller, the future Top 10 pop single “Along Came Jones.”

In 1960, the TV special “Welcome Home Elvis” was taped in Miami Beach, FL. The show was hosted by Frank Sinatra.

Also in 1960, Roy Orbison was in Nashville to record what would prove to be his break-through single, “Only the Lonely.” Floyd Cramer played piano on the session.

In 1964, Pete Best, the Beatles’ first drummer, appeared live as a contestant on CBS-TV’s panel show “I’ve Got A Secret,” hosted by Garry Moore (above). Best did not fool the panel.

In 1965, Mick Jagger, Brian Jones and Bill Wyman all received electric shocks from a faulty microphone on stage during a Rolling Stones show in Denmark. Wyman was knocked unconscious for several minutes.

In 1967, on Easter Sunday the Ed Sullivan Show on CBS-TV was headlined by singers Nancy Sinatra, Barbara McNair and Charo with the Xavier CugatOrchestra. Comedian Corbett Monica supplied the laughs. 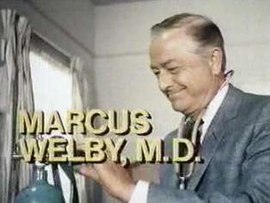 In 1969, the TV movie Marcus Welby, M.D., aired on ABC. Ratings showed the film to be so popular that it was turned into a long-running series starring Robert Young.

That same night in 1969, Pat Boone guest-starred as himself on the “Collard Greens An’ Fatback” episode of CBS-TV’s “The Beverly Hillbillies.”

Still in 1969, John Lennon and Yoko Ono began their “Bed-in” at the Amsterdam Hilton.

In 1970, Peter Yarrow of the folk group Peter, Paul and Mary pleaded guilty in Washington to taking “immoral and indecent liberties” with a 14-year-old girl. He would spend three months in jail. Just days earlier, the trio had won a Grammy Award for Best Recording for Children for their album, ‘Peter, Paul and Mommy’.

In 1971, radio’s original Marshall Matt Dillon on “Gunsmoke,” William Conrad starred in the TV movie “Cannon” on CBS. This led to the weekly series which started the following September. It ran 124 episodes and spawned a spinoff series “Barnaby Jones.”

In 1972, David Bowie wrote the song “All the Young Dudes” for the British band Mott the Hoople. Bowie also produced the single and the album of the same name. The song became a British and North American hit, as well as a gay anthem.

In 1973, Noel Coward, writer of some of the wittiest English songs of the 20th century, and a great guest on many of radio’s variety shows, died in Jamaica at age 74. His songs included “Mad Dogs and Englishmen” and “Mad About the Boy.”

Also in 1973, “Young and the Restless” debuted on CBS.  For most of its history, it has been the most watched soap-opera on US television.

Still on this date in 1973, fiddler and band leader Don Messer died in Halifax at age 63.

Messer and his Islanders were Canada’s most popular old-time music group for more than 30 years. Their national radio show began in 1944, and “Don Messer’s Jubilee” was a fixture on C-B-C Television from 1959 until its controversial cancellation 10 years later. The program was then syndicated from CHCH TV in Hamilton until Messer’s death. Messer and the Islanders also recorded more than 30 albums.

In 1974, David Essex was awarded a Gold Record for the hit, Rock On. Though a million seller, Rock On never made it to number one on the pop-rock charts — stalling at #5.

In 1976, after coming upon a multi-vehicle accident scene in Memphis Elvis Presley jumped out of his limo, displayed his honorary police captain’s badge and did his best to assist victims before police and emergency teams arrived.

In 1977, “Rich Girl” by Daryl Hall & John Oates topped the charts and stayed there for 2 weeks.

Also in 1977, Foreigner’s debut single, “Feels Like the First Time,” was released. It peajed at number four on the Billboard Hot 100.

Stll in 1977, the first single by Elvis Costello, “Less Than Zero”, was released.

Also in 1980, Pink Floyd‘s “The Wall” broke the record for the longest-charting pop album, previously held by Carole King’s “Tapestry.” It remained on the Billboard 200 album chart for another 8 years!

In 1982, the daily drama “Capitol” about life in suburban Washington DC began its 5-year run on CBS TV.

In 1985, radio stations in South Africa banned Stevie Wonder‘s records, because he’d dedicated to Nelson Mandela the Oscar for music he’d received at the Academy Awards the night before.

In 1986, rockers Guns N’ Roses were signed to Geffen Records.

Also in 1986, actor Bartlett Robinson, who had running roles in TV’s Wendy & Me, and Mona McCluskey, plus scores of bit parts over a 30 year span, died at age 73. 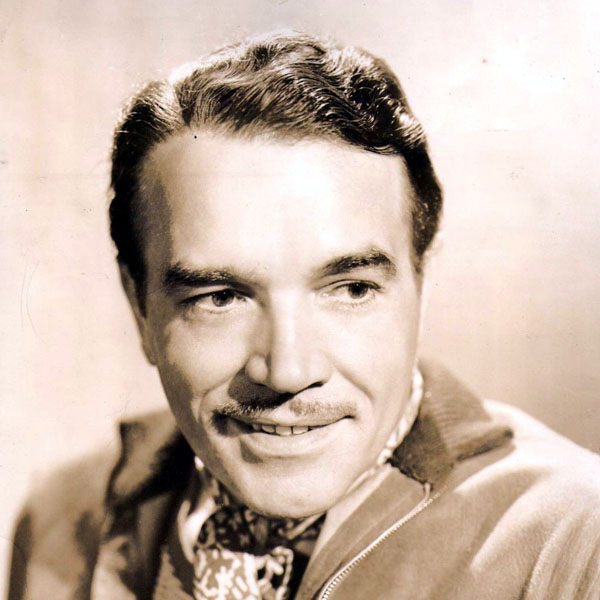 In 1987, actor Walter Abel, a familiar face as supporting actor in decades of movies & episodic TV, died after a heart attack at age 88.

In 1988, “Man in the Mirror” by Michael Jackson topped the charts and stayed there for 2 weeks.

In 1989, the first episode of the science-fiction series “Quantum Leap” aired on NBC TV.

In 1990, host Billy Crystal kept us smiling for the 62nd Annual Academy Awards, which gave Best Picture Honors to Driving Miss Daisy.  Best Actor was Daniel Day-Lewis for My Left Foot and Best Actress was Jessica Tandy in Driving Miss Daisy. Best Music/Song winners were Alan Menken (music), Howard Ashman (lyrics) for Under the Sea from The Little Mermaid.

In 1992, broadcast journalist Barbara Frum died of leukemia at age 54. She was the longtime host of CBC Radio’s As It Happens and CBC-TV’s The Journal.

In 1995, rapper Eazy-E, who helped popularize the hardcore “gangsta” rap style, died in Los Angeles of complications from AIDS. He was 31. Eazy-E, whose real name was Eric Wright, had disclosed he had AIDS only 10 days earlier.

Also in 1995, the animated TV series “Johnny Bravo” aired for the first time.

In 1996, the 68th Annual Academy Awards show was held at the Shrine Auditorium, with actress/comedienne Whoopi Goldberg as hostess. The Best Picture was Braveheart,  Best Actor was Nicolas Cage for Leaving Las Vegas, & Best Actress award went to Susan Sarandon (below) for Dead Man Walking.

In 1997, the National Enquirer announced it had paid two million dollars for North American rights to 10 photos of Michael Jackson’s five-week-old son. The money went to a Jackson charity.

In 1998, Chuck Negron sued his former mates in the group Three Dog Night. He claimed Danny Hutton and Cory Wells were defrauding the public by using the group’s name and performing, without him, such hits as “Old Fashioned Love Song” and “Joy to the World.”

In 1999, it was announced that rap mogul Master P recently donated $500,000 to keep his old New Orleans grammar school from closing. In 2000, the 72nd Academy Awards, with Billy Crystal as host, gave Best Picture honors to American Beauty. Phil Collins won the Oscar for Best Original Song with ‘You’ll Be In My Heart’ from the Disney animated feature ‘Tarzan.’

Also in 2000, TV screens around the Pacific Northwest were filled with images of Seattle’s aging Kingdome imploding, to make way for a modern, outdoor football stadium.

In 2002, Randy Castillo, the former drummer for Ozzy Osbourne and Motley Crue, lost his battle with stomach cancer. He was 41.

In 2004, singer Jan Berry of the 60’s hitmaking duo Jan and Dean, died following a seizure at age 62. He’d never fully recovered from a brain injury and partial paralysis suffered in a 1966 car crash.

Also in 2004, actress Jan Sterling, who capped a bigscreen career 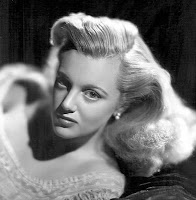 with roles in TV’s The Guiding Light & Backstage at the White House, died after a series of strokes at age 82.

In 2005, CBC Radio One listeners chose the Ian Tyson composition “Four Strong Winds” as the greatest Canadian song of all time, on the series “50 Tracks: The Canadian Version.”

In 2006, readers of the UK’s Total Guitar magazine voted the guitar solo by Jimmy Page in Led Zeppelin’s ‘Stairway To Heaven’ as the greatest guitar solo of all time.  It has received over the years an estimated 2.8 million radio plays worldwide.

In 2008, the Los Angeles Times apologized for claiming rap mogul Sean “Diddy” Combs was involved in a 1994 shooting of hip-hop star Tupac Shakur.  The apology followed a claim that the newspaper was conned by a prisoner who doctored documents reporters had relied on.

In 2009, Toronto radio station CHUM AM 1050 ended its music era again and this time it went to simulcasting the local cable-only TV news channel CP 24.  The final full song played was “Release Me” by Engelbert Humperdinck, just before 5 am.

Also in 2009, a jumpsuit that Elvis Presley wore at one of his concerts at New York’s Madison Square Garden sold at auction for $212,588.

Still in 2009, on ABC’s Jimmy Kimmel Live! Ozzy Osbourne claimed to have started writing his autobiography. “I can’t remember anything,” said Ozzy. “It’s going to be the thinnest book in the world.”

In 2011, Roger Abbott, one of the founders and stars of Canada’s satirical comedy group ‘Royal Canadian Air Farce,’ lost his 14-year battle with leukemia at age 64.

In 2012, the composer of many familar TV theme songs (WKRP in Cincinnati, Buffalo Bill, We Got it Made, Open All Night, The Duck Factory, Harper Valley PTA) and guitarist, James T. “Tom” Wells died at home in Atlanta at age 70.

In 2013, Don Payne, a writer for Fox TV’s “The Simpsons,” who also penned the movies “Thor” and “Thor: The Dark World,” as well as other films, lost his battle with bone cancer at age 48.

Actor Johnny Crawford (The Rifleman) is 69.

Actress Jennifer Grey (Dancing With the Stars, 10 TV movies) is 56.

Actress Natalia Livingston (Days of Our Lives, General Hospital) is 39.

Actress Alicia Lagano (The Client List, All About Us) is 36.