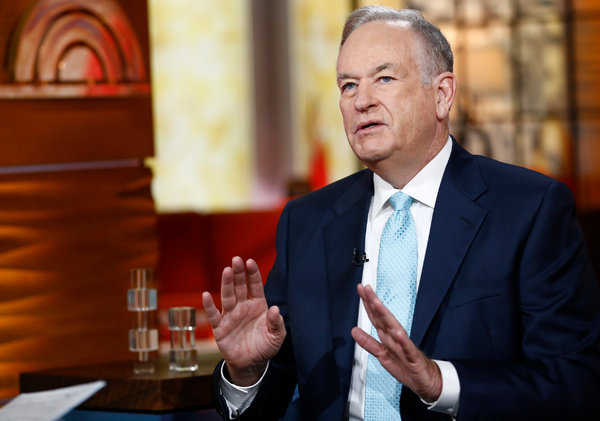 Bill O’Reilly, who hosts “The O’Reilly Factor” on Fox News, during an appearance on NBC News in 2014. Credit Peter Kramer/NBC

The Fox News host Bill O’Reilly has taken to the airwaves to fight back against accusations that he misled audiences with stories about his war reporting earlier in his career.

Last week, the magazine Mother Jones published an article, written by David Corn and Daniel Schulman, that said Mr. O’Reilly exaggerated stories about his war reporting covering the Falklands war in 1982 and in El Salvador in 1980. The article said that while Mr. O’Reilly claimed to be in a war zone when he was a young correspondent for CBS News, no American correspondents ever reached the conflict area during the Falklands war. The story also claimed that a later description by Mr. O’Reilly of his El Salvador experience conflicts with his reporting there.

The Mother Jones piece was titled “Bill O’Reilly Has His Own Brian Williams Problem,” a reference to the NBC News anchor Brian Williams, who was suspended for six months without pay this month after he was found to have embellished a story about being on a helicopter that was shot down in Iraq in 2003.

Mr. O’Reilly has “bemoaned the supposed culture of deception within the liberal media, and he proclaimed that the Williams controversy should prompt questioning of other ‘distortions’ by left-leaning outlets,” the article said. “Yet for years, O’Reilly has recounted dramatic stories about his own war reporting that don’t withstand scrutiny — even claiming he acted heroically in a war zone that he apparently never set foot in.”

Mr. O’Reilly denied the charges leveled against him and countered critics during his show on Friday as well as on Howard Kurtz’s MediaBuzz show on Sunday, which is also broadcast on Fox News.

Fox News underscored that it is standing behind Mr. O’Reilly, one of the biggest personalities on the top-rated cable news network. “Fox News Chairman and C.E.O. Roger Ailes and all senior management are in full support of Bill O’Reilly,” a spokeswoman said in a statement.