Let the comedy stampede begin. Jon Stewart’s announcement of his departure from the anchor desk at Comedy Central’s “The Daily Show” later this year is sure to set off a frenzy of jockeying among comedy talent to fill his considerable shoes 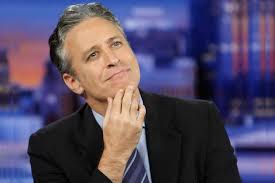 There’s no doubt that “Daily Show” will continue on in its current form after Stewart exits. Comedy Central execs see the half-hour faux newscast as a franchise in “The Tonight Show” vein that can run for decades. Stewart took over the show in 1999 from original host Craig Kilborn.

Comedy Central execs have been preparing for the possibility that Stewart would move on as his most recent contract wound down this year. Whoever follows him on the show will face the extremely tricky task of keeping the show vital in the political and cultural arenas that Stewart excelled in tackling in a way that was funny but also relevant to the national conversation on everything from presidential campaigns to divisive social issues.

The immediate speculation about possible successors ranged from the show’s existing pool of correspondents to female candidates given the lack thereof in the latenight arena.

Some speculated that “Daily Show’s” husband-and-wife correspondent team Samantha Bee andJason Jones could take over with a dual-anchor format, which would be a first for the show.

Other female names mentioned included Amy Schumer, who has scored with the Comedy Central audience with her “Inside Amy Schumer” series. Amy Poehler also has ties to the cabler as an execproducer of “Broad City,” and she’s just wrapped her seven-season run as the star of NBC’s “Parks and Recreation.” Sarah Silverman could be a contender, as could “Daily Show” alum Olivia Munn.

Another current “Daily Show” player, Aasif Mandvi has been regular since 2006 and has experience as a writer and in numerous stage and film productions.

Chris Hardwick is in the Comedy Central family as host of “@midnight,” the pop culture quiz and chat show that follows the “Daily Show/”Nightly Show with Larry Wilmore” block. But his persona as a fan’s fan might not be the right fit for the show that tackles weighty issues and non-celebrity interviews at times.

Established comedians including Joel McHale and Ricky Gervais could be in the mix as well. One name that is not on the market is John Oliver, the “Daily Show” alum who scored with his own weekly newscast-style show for HBO, “Last Week Tonight.” Oliver has a long-term contract with HBO for the show, which bowed last year to generally rave reviews.

Industry insiders are also supremely curious about Stewart’s next move. His longtime agent, James Dixon, just moved into the WME fold after selling his Dixon Talent banner to the agency.

Stewart signaled his interest in career moves beyond the “Daily Show” desk in 2013 when he took a hiatus from the show to direct his first movie, the indie drama “Rosewater,” which was released late last year to a mixed reception and underwhelming B.O. But there’s no question that Stewart will leave “Daily Show” later this year with immense clout and plenty of options.

“He’s not quitting to do nothing,” a top tenpercenter noted.