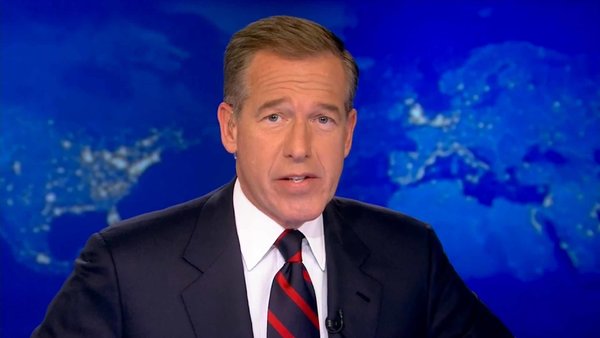 Brian Williams apologizing Wednesday on “NBC Nightly News” for claiming he had been on a military helicopter that was forced down after being hit by enemy fire in Iraq in 2003.

For years, Brian Williams had been telling a story that wasn’t true. On Wednesday night, he took to his anchor chair on “NBC Nightly News” to apologize for misleading the public.

On Thursday, his real problems started.

A host of military veterans and pundits came forward on television and social media, challenging Mr. Williams’s assertion that he had simply made a mistake when he spoke, on several occasions, about having been in a United States military helicopter forced down by enemy fire in Iraq in 2003. Some went so far as to call for his resignation.

In his apology, Mr. Williams said that he had been on a different helicopter, behind the one that had sustained fire, and that he had inadvertently “conflated” the two. The explanation earned him not only widespread criticism on radio and TV talk shows, but widespread ridicule on Twitter, under the hashtag “#BrianWilliamsMisremembers.”

A Fox News analyst, Howard Kurtz, said, “The admission raises serious questions about his credibility in a business that values that quality above all else.” On CNN’s “New Day,” the host Chris Cuomo said that attributing the lie to “the fog of war” wasn’t acceptable and the Internet would “eat him alive.” Rem Rieder, a USA Today media columnist, wrote, “It’s hard to see how Williams gets past this, and how he survives as the face of NBC News.” 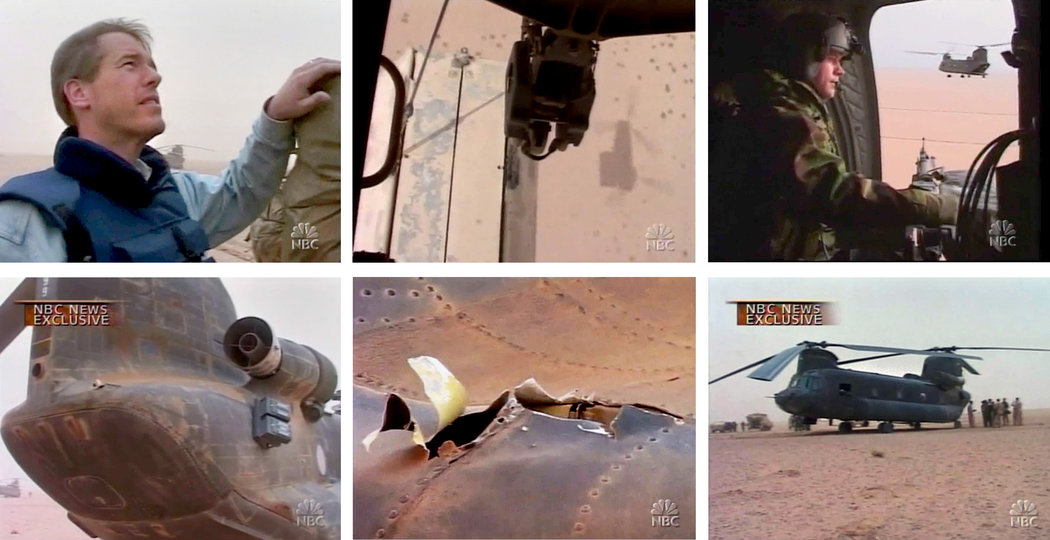 It’s unclear at this point whether Mr. Williams will feel compelled to speak again to the issue. What is clear is that the trustworthiness of one of America’s best-known and most revered TV journalists has been damaged, and that the moral authority of the nightly network news anchor, already diminished in the modern media era, has been dealt another blow.

Mr. Williams first reported on the episode when it happened in 2003, though the current controversy erupted last week after he spoke about it on air during a tribute to a retired soldier. Some veterans took to Facebook to complain, and a reporter at the military newspaper Stars and Stripes picked up the thread.

In fact, some of the soldiers present in Iraq that day had been quietly fuming about Mr. Williams’s reporting for years, and had even tried to alert the news media to it earlier. Joe Summerlin, who was on the helicopter that was forced down, said in an interview that he and some of his fellow crew watched Mr. Williams’s initial story and were angered by his characterization of the events.

The account that Mr. Williams told of the episode evolved over the years, with his personal involvement gradually growing more perilous. In a 2003 segment on NBC that described it as “a close call in the skies over Iraq,” Mr. Williams said, “the Chinook ahead of us was almost blown out of the sky.”

In 2013, Mr. Williams told David Letterman that he had actually been on the helicopter that got shot down, adding that a crew member had been injured and received a medal. “We figured out how to land safely,” he said, “we landed very quickly and hard. We were stuck, four birds in the desert and we were north out ahead of the other Americans.” And on the “Nightly News” last week, he described “a terrible moment a dozen years back during the invasion of Iraq when the helicopter we were traveling in was forced down after being hit by an R.P.G.,” a reference to a rocket-propelled grenade.

Mr. Summerlin said that Mr. Williams’s helicopter was part of a different mission and at least 30 minutes behind theirs. His account is supported by two of the pilots of Mr. Williams’s own helicopter, Christopher Simeone and Allan Kelly, who said in an interview that they did not recall their convoy of helicopters coming under fire. After the initial piece aired on NBC in 2003, Mr. Summerlin and his crew went looking for reporters on their base in Kuwait to tell them about the inaccuracies in Mr. Williams’s reporting. Instead, they wound up leaving notes in several news vans encouraging them to get in touch. Years later, they were still frustrated by Mr. Williams’s recounting.
.

“When he was on the air on the Letterman show, I was going crazy,” Mr. Simeone said. “I was thinking ‘This guy is such a liar and everyone believes it.’ ”