“It reflects, frankly, a level of ignorance we should not allow in our media and in our discourse,” Miles O’Brien said 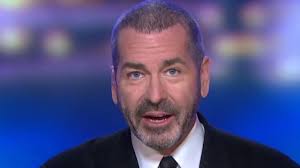 “I wish everybody could take a deep breath and take a break from trying to pull viewers in by scaring them,” O’Brien said during CNN’s “Reliable Sources” (above) on Sunday in response to a “Fox & Friends” segment in which Elisabeth Hasselbeck asked an infectious disease specialist why she wasn’t panicking over one confirmed case of Ebola in the United States.

“It borders on irresponsibility when people get on television and start talking that way when they should know better,” O’Brien continued. “Unfortunately, it’s a very competitive business, and there is a perception that by hyping up this threat you draw people’s attention. It’s a shame to even say that, and I get embarrassed for our brethren in journalism.”

In another clip host Brian Stelter played for O’Brien, Fox News personality Andrea Tantaros argued foreigners from countries with Ebola outbreaks should not be allowed into the U.S. because “they do not believe in traditional medical care, so someone could get off a flight and seek treatment from a witch doctor.”

“We could digress into what motivated that, the racial component of all this, the arrogance, the first world versus third world,” O’Brien said. “It’s offensive on several levels. It reflects, frankly, a level of ignorance we should not allow in our media and in our discourse.”

While O’Brien credited CNN for having “the best medical correspondent on the planet in Dr. Sanjay Gupta,” he did express concern over the network joining the others in ignoring the science beat.

“My biggest wish for the audience is that the mainstream media, the big outlets — CNN included — realize that science coverage is important, and that they should have people on staff who have a certain amount of expertise, who study this beat,” O’Brien said. “You would never run CNN without a political reporter, would you? Why in this world where climate change is a big issue, ebola is a big issue, missing airplanes are a big issue, why is it big entities don’t maintain science units anymore? They’re gone!”