It is a glaring example.

I’m not a regular NW listener anymore, but I happened to be tuned in between 9 and 10 this morning, the last hour of Jon McComb for today.  Jon’s topic was a provocative one, which I responded to viscerally, namely the role of teachers as First Responders in making sure kids from low income families have enough to eat, and get the counselling and emotional help they need.  The impact was such that listeners could see the vital role, outside of the classroom, which teachers play in the lives of some students, and how vulnerable those students may become as the strike continues.

At the end of the hour, Simi Sara came on to converse with Jon, and told him the first hour of her show would concern the role of teachers on the East side of Vancouver who help make sure their kids get a good meal or two, and help with students’ emotional issues.  The exact same topic the NW listeners had just been consumed with for the past hour!

Is there not some degree of communication between producers at least, to vet the topics under consideration, to avoid such brutal conflict as this is an example of? I can’t believe a frontline, so-called ‘A-list’ station like CKNW, does not have a protocol to make sure this doesn’t happen!  OUCH! 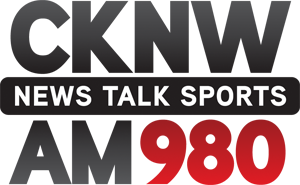