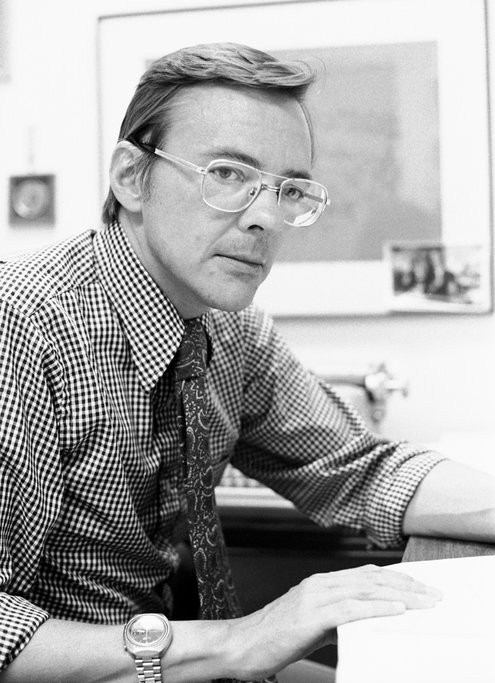 Bruce Morton, an award-winning reporter during what CBS News veterans considered the organization’s glory days, from the 1960s through the 1980s, died on Friday at his home in Washington. He was 83.

The cause was complications of cancer, his daughter, Sarah Morton, said.

Mr. Morton, who later worked at CNN, gained a reputation as a solid reporter of expansive breadth and expertise, with special gifts as a writer. He covered most of the major news events of the era, including the Vietnam War, the space program, racial unrest, the assassinations of the Rev. Dr. Martin Luther King Jr. and Robert F. Kennedy and the Watergate scandal.

He won six Emmy Awards for his work at CBS News, including one for his coverage of the trial of Lt. William Calley for crimes related to the massacre at My Lai in Vietnam. He also won a Peabody Award in 1976 for his “incisive writing” on “The CBS Morning News” and shared a Polk Award for CBS’s coverage of the protests at Tiananmen Square in Beijing in 1989.

“Bruce was a big part of CBS News when it was the best it ever was,” the veteran CBS newsman Bob Schieffer, who now anchors “Face the Nation,” said in an interview on Friday.

Mr. Morton was born in Norwalk, Conn., on Oct. 28, 1930, and spent his youth in Chicago. He developed an interest in news early, his daughter said, which may have begun when, as an 11-year-old, he was the first in his family to hear of the attack on Pearl Harbor, which he breathlessly reported to his parents — only to have them dismiss the account as surely made up.

In retelling that childhood story, Sarah Morton said, he seemed to be underscoring his determination from that day forward always to be heard.

Mr. Morton graduated from Harvard and served in the Army.

In addition to his daughter, he is survived by a son, Alec Morton.

Mr. Morton began his career in radio. After working for various organizations, the last job in his radio career was a stint at ABC, which he quit after he was told he would never make it in television.

He joined CBS in 1964 and remained until 1993, when he left over his unhappiness with new management directives that sought to cut costs by scaling back original reporting. He then joined CNN, where he was a national correspondent until 2006.

Mr. Schieffer said that Mr. Morton was “the fastest writer I have ever seen in my life,” a talent he noticed when they both covered presidential campaigns. He was also, Mr. Schieffer added, “a political reporter at heart.”