Vancouver radio station CKFC first took to the air from First Congregational Church.
Together with its shortwave sister CKFX it was one of the stations which were later amalgamated into the present-day CKWX (News 1130.)

In 1927, television pioneer Philo T. Farnsworth succeeded in transmitting an image through purely electronic means by using an image dissector.

in 1929, the forerunner to Let’s Pretend, a Saturday morning radio show for kids was heard for the first time on CBS. The Adventures of Helen & Mary became Let’s Pretend 5 years later, all of it written & directed by Nila Mack, and hosted by ‘Uncle’ Bill Adams.  It continued until 1954.

Born in 1936, rock & roll innovator Buddy Holly was born Charles Hardin Holley in Lubbock Kansas.  His name was misspelled on his first record contract and he decided to leave it that way.   He was killed in a plane crash Feb 3, 1959 along with Ritchie Valens and J.P.Richardson (Big Bopper.) Holly was just 22.

In 1940, Artie Shaw, his clarinet and his orchestra recorded Temptation on the RCA Victor label.

In 1943, singer/songwriter Frank Crumit died at age 53.  For 14 years beginning in 1929 he and Julia Sanderson were “the singing sweethearts of the air”:  the very first husband-wife team to achieve radio stardom.

In 1956, Elvis Presley made his first appearance on the cover of TV Guide magazine.

In 1957, in West Hollywood, Elvis continued to record seasonal favorites, including “O Little Town Of Bethlehem,” “I’ll Be Home For Christmas,” “Santa Bring My Baby Back,” and “Santa Claus Is Back In Town.”

Also in 1957, Keen Records’ first release was Sam Cooke‘s “You Send Me,” the million-selling single that would make him a star.

In 1959,  Frankie Avalon, the Coasters, Lou Rawls, Bobby Rydell and Annette Funicelloperformed at the Michigan State Fair as part of a tour organized by Dick Clark. 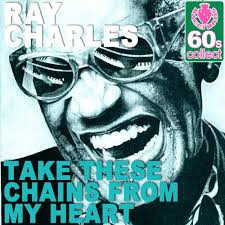 In 1962, Ray Charles was in New York to record a future Top 10 pop single, “Take These Chains from My Heart.”

In 1963, The Beatles spent the afternoon at the Playhouse Theatre in London, recording six numbers for an October appearance on the BBC radio program ‘Saturday Club.’  They taped ‘I Saw Her Standing There’, ‘Memphis’, ‘Happy Birthday Saturday Club’, ‘I’ll Get You’, ‘She Loves You’, and ‘Lucille’.

Also in 1963, Bobby Vinton took over top spot on the Billboard Easy Listening chart with “Blue Velvet”. It was #4 on the pop chart. 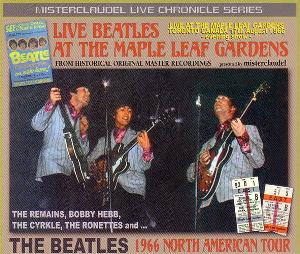 In 1964, the Beatles made the first of their three annual appearances at Maple Leaf Gardens in Toronto. The top ticket price for this first concert was just $5.50.

In 1966, double talk comedian Al Kelly, who was featured in many early TV shows such as the Ernie Kovacs Show, died at age 67.

Also in 1966, the final episode of the original “Dick Van Dyke Show” was seen on CBS-TV. Van Dyke played Rob Petrie, the head comedy writer for “The Alan Brady Show,” who worked with two other comedy writers, played by Rose Marie and Morey Amsterdam. His wife Laura was Mary Tyler Moore.

In 1967, the situation comedy “The Flying Nun” debuted on A-B-C TV. Sally Field starred as a novice nun who discovers she can fly. 82 episodes were filmed over the next three years.

In 1968, The Doors were appearing at The Roundhouse, London; tickets cost 30 shillings.($3.60)  The band also scored their only US No.1 album on this day with ‘Waiting For The Sun.’

Also in 1968, Jimmy Page, Robert Plant, John Paul Jones and John Bonham made their live debut as the Yardbirds at a teen club in Gladsaxe, Denmark. They would soon morph into Led Zeppelin.

Also in 1968, Sergio Mendes & Brasil ’66 reached #1 on the Easy Listening chart with their instrumental version of the Beatles’ “The Fool on the Hill”.

In 1970, young James Taylor‘s career was about to take off with the release of his first single “Fire and Rain.”

In 1971, actress Spring Byington (who played the lead role of Lily Ruskin on TV’s December Bride), died of cancer at age 84.

Also in 1971, after nine years and 216 shows, “The Beverly Hillbillies” was seen for the final time on CBS-TV. The show was seen in syndicated reruns for years.

In 1972, Curtis Mayfield earned a gold record for his “Superfly” album, from the movie of the same name. The LP contained the hits, “Freddie’s Dead” and “Superfly.”

In 1975, the Guess Who performed their final concert (before the inevitable reunion 12 years later), in Montreal.

Also in 1975, The Eagles released their future smash “Lyin’ Eyes.” It would peak at #2 on the Billboard Hot 100, and also made the Country Top Ten.

In 1978, Keith Moon, drummer with The Who, died of an overdose of heminevrin, a drug  prescribed to combat alcoholism. A post-mortem confirmed there were 32 tablets in his system, 26 of which were undissolved. Moon was just 32 years of age.

In 1979, ESPN, the Entertainment and Sports Programming Network, made its debut on US cable TV as the world’s first fulltime sports TV station.

In 1980, the cross-Canada telethon supporting Terry Fox’s Marathon of Hope raised  over $10 million for cancer research.  Terry succumbed to the disease the following year.

In 1981, “The People’s Court” with Judge Joseph Wapner began a 12-year run on TV. With different judges on the bench the syndicated feature is still running today.

In 1985, David Bowie and Mick Jagger were at No.1 on the UK singles chart with their version of the Martha Reeves and The Vandellas 1964 hit ‘Dancing In The Street.’

Also in 1985, John Parr started a two week run at No.1 on the Billboard pop singles chart with ‘St Elmo’s Fire’, from the film of the same name.

Still in 1985, Montreal-born actor William Shatner‘s second hit TV series T.J. Hooker was seen for the last time on ABC.  It moved to CBS late-night for one final season of original shows.

Again in 1985, Ringo Starr became the first Beatle grandfather when his son Zak’s wife gave birth to a daughter.

In 1986, Mike Nesmith (front, right) joined the other three Monkees on stage at the Greek Theater in Los Angeles. It was their first time appearing together since 1969.

In 1988, Barry Sadler, who had a 1966 hit with “Ballad Of The Green Berets,” was shot in the head while riding in a taxi in Guatemala City, where he made his home. Whether someone shot him or the pistol he carried accidentally discharged is unknown. The former Viet Nam hero was hospitalized for 14 months before dying of his injuries.

In 1991, Gloria Estefan was awarded damages of $5 million for the injuries she sustained 18 months earlier in Pennsylvania when her tour bus was involved in an accident.

Also in 1991, Motley Crue signed a record deal for which they were guaranteed $22.5 million.

In 1992, Bryan Adams finally performed for 20-thousand fans at Big Valley, Alberta after a two-day delay caused by snow and freezing temperatures.

About two-thousand people camped out for four days at a tent city known as “Mudville.” Over 40-thousand tickets were sold, but more than half the concert-goers went home after the show was postponed for two days.

In 1996, Michael Jackson played the first date on the HIStory World Tour, his third solo world concert tour, in Prague. The tour consisted of 82 concerts and was attended by approximately 4.5 million fans, beating his previous Bad Tour with 4.4 million, and grossing more than $163.5 million. 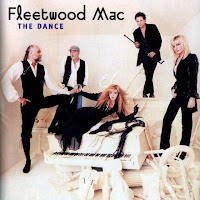 In 1997, Fleetwood Mac went to No.1 on the Billboard album chart with ‘The Dance’. The album went on sell over 5 million copies in the US alone.

In 1999, Sumner Redstone’s Viacom Inc. announced plans to buy CBS Corp. for $35.6 million in the largest media merger ever to that point.

In 2001, Michael Jackson was reunited onstage with the Jackson Five at his 30th Anniversary Celebration in New York’s Madison Square Garden.

Also in 2001, “Animal Planet” launched a Canadian digital TV service along with 25 other TV channels.

In 2002, Gordon Lightfoot was rushed to hospital in Hamilton, Ontario after experiencing stomach pains. He underwent emergency stomach surgery for a ruptured aortic aneurysm

In 2003, singer/songwriter Warren Zevon died from lung cancer at age 56. He recorded more than 15 solo albums, but is probably best known for his 1978 US No.21 single ‘Werewolves Of London.’

Also in 2004, CBU Vancouver was approved for an FM rebroadcast transmitter in Abbotsford on 101.7 MHz. The station already had rebroadcasters in Chilliwack and Harrison Hot Springs.

In 2005, Kanye West debuted at #1 on the album chart with Late Registration.

In 2007, Victoria’s CHEK TV (which rebranded as “CH” in 2001) was rebranded this date as “E! Everything Entertainment.” The change took place during a special “Countdown to E!” at 7 pm.  Since 2009 CHEK has been under local employee-led ownership with a news-centred program schedule.

Also in 2007, a British report showed that two-thirds of young people who regularly used MP3 players faced premature hearing damage. The Royal National Institute for Deaf People said its findings were alarming, with research showing that 72 out of 110 MP3 users tested in the UK were listening to volumes above 85 decibels. 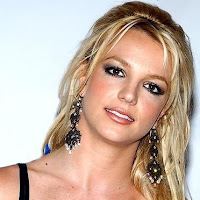 In 2008, Britney Spears was the big winner at the MTV Video Music Awards, with Video of the Year, Best Female Video, and Best Pop Video all for “Piece of Me”.

In 2011, the late Buddy Holly‘s 75th birthday tribute concert was at Hollywood’s Music Box Theater.  Stevie Nicks, Graham Nash (Crosby, Stills & Nash) and Patrick Stump (Fall Out Boy) were among those performing Holly songs. That same day, Holly’s star on the Hollywood Walk of Fame was unveiled, directly in front of the Capitol Records tower.

Also in 2011, Bon Jovi marked the tenth anniversary of the 9/11 attacks by visiting a Manhattan firehouse to pay tribute to firefighters. He performed “America The Beautiful” which was taped by NBC-TV for their football season kick off show.

in 2012, Dorothy McGuire, the middle sibling in the hitmaking McGuire Sisters, died in Paradise Valley, Ariz. at age 84 of dementia and Parkinson’s Disease. Beginning in the mid-1950’s the McGuires had almost 30 songs on the Billboard pop charts.

In 2013, on the 45th anniversary of Led Zeppelin’s debut concert (see ‘Yardbirds’ 1968 above), a commemorative plaque was unveiled at the Gladsaxe School in Copenhagen, which stands on the location where the original concert took place (the Gladsaxe Teen Club).

Canadian actor Bruce Gray (Medium, Traders, All My Children) is 78.

Singer Alfa Anderson of Chic is 68.

Singer Chrissie Hynde of The Pretenders is 63.

Keyboardist Benmont Tench of Tom Petty and the Heartbreakers is 61.

Actor Michael Emerson (Person of Interest, Lost, The Practice) is 60.

Actress Monique Gabriela Curnen (Lie to Me, The Unusuals) is 37.

Vancouver-born actor Devon Sawa (Nikita, Night of the Twisters, Robin of Locksley) is 36.

Actress Alyssa Diaz (Army Wives, As The World Turns) is 29.

Actress Evan Rachel Wood (True Blood, Once and Again) is 27.

Actor Paul Iacono (The Hard Times of R.J.Berger) is 27.

1995
You are Not Alone – Michael Jackson
Gangsta’s Paradise – Coolio featuring L.V.
Run-Around – Blues Traveler
Not on Your Love – Jeff Carson