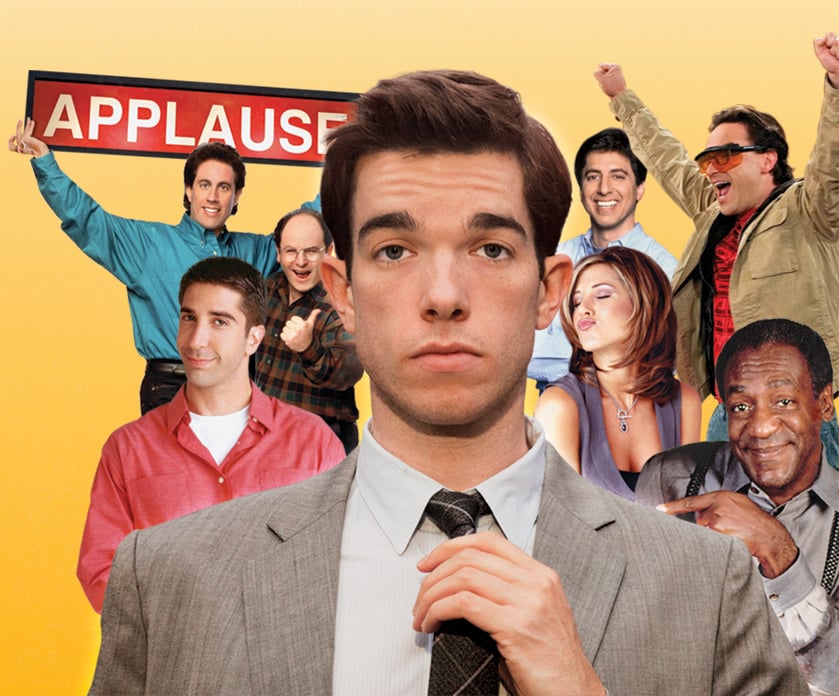 John Mulaney is a likeable young comedian with a seemingly charmed life. At only 31, he’s been a successful stand-up, a major writer on Saturday Night Live, and he has a new sitcom on Fox this fall, Mulaney, produced by SNL’s Lorne Michaels and co-starring Martin Short. He has also wound up somehow with the hopes of a whole generation of TV fans riding on his shoulders: Even before the outgoing network president, Kevin Reilly, tempted fate by calling the sitcom “the new Seinfeld,” Mulaney has come to be seen as the last hope of the traditional sitcom shot with multiple cameras in front of an audience, the test case for whether the format can still produce quality work. “Comedy fans see the names attached to the series,” explains Sean McCarthy, who edits the comedy site The Comic’s Comic, “and imagine Mulaney becoming their generation’s Seinfeld on the small screen, as Mulaney the stand-up comedian already has become for them onstage.” That may be more pressure than any one show can bear.

It wasn’t so long ago that “there were a bunch of shows like Seinfeld and Friends that were smart and popular,” says Mike Royce, a TV writer who worked on shows such as the multi-camera Everybody Loves Raymond and the single-camera Enlisted. Now, he says, there’s a sense “that you don’t do smart comedy on multi-cams. That seems to be the received wisdom post-2000.” There are some traditional sitcom success stories: The U.K. comedy Vicious received attention for its casting of Ian McKellen and Derek Jacobi as a gay couple, and CTV’s Spun Out recently became one of the few Canadian multi-camera sitcoms to be renewed for a second season. But in terms of quality, there’s no contest; all the most acclaimed, imitated and studied comedies on TV are in the single-camera format with no audience. A studio- audience sitcom hasn’t won the Emmy award for best comedy since Everybody Loves Raymond in 2005, and Saul Austerlitz’s recent book Sitcom, which tells the history of the form through 50 years’ worth of great episodes, doesn’t find any studio sitcoms worth analyzing after an episode of Friends from the 1990s. “There’s still a certain love on CBS for these laugh-track comedies, for want of a better term,” Austerlitz says, “but to me, personally, I find they’re increasingly threadbare.”

In announcing NBC’s only major new studio-audience project, a new sitcom for the 77-year-old Bill Cosby, NBC Entertainment president Jennifer Salke admitted there are few younger creators interested in doing this type of show: “Nine out of 10 writers,” she told a gathering of critics, “come in wanting to do single-camera.”  That’s why Megh Wright, a writer for the comedy website Splitsider, says “it’s weird to see someone like Mulaney starring in a multi-cam show,” especially since about half of comedy fans, his target audience, seem to be “people who can’t stand new multi-cam shows.”

READ THE REST OF THE ARTICLE   HERE  AT THE MACLEANS WEBSITE.