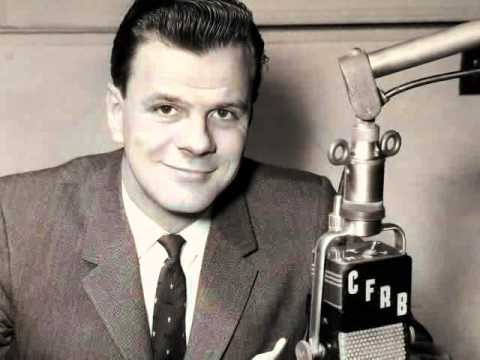 Veteran sportscaster Bill Stephenson who delivered sports news on CFRB, Toronto,  and play-by-play on Canadian radio and television for more than five decades, has passed away. He was 85.

Stephenson was born in Elrose, Saskatchewan in 1927. Stephenson started his 53-year career at CJAV in Port Alberni, B C in 1948 and moved to Vancouver (CKWX) covering sporting events like the British Empire Games and later becoming the play-by-play voice for the B.C. Lions.

In 1960, Stephenson moved to Toronto and became Sports Director at CFRB.   He was play-by-play announcer of the Toronto Argonauts during the 1960s and 1970s and also provided coverage of CTV’s CFL broadcasts. In 1988, he was inducted into the Canadian Football Hall of Fame.

He was involved in several charities including Variety Club, Variety Village, the Hospital for Sick Children and the Canadian Association for Community Living.

ANOTHER, MORE COMPLETE TRIBUTE COMES FROM THE NEWSTALK 1010 (CFRB) WEBSITE.

A legendary voice in Toronto has gone silent.

Born in Elrose, Saskatchewan, Stephenson started his radio career in Port Alberni, B.C. He moved on to become the voice of the B.C. Lions.

He joined CFRB in 1960, where he covered the Toronto Argonauts for 12 years.

“He was probably the nicest man that I’ve ever met in the industry. He was a phenomenal guy with a great sense of humour,” said current Newstalk 1010 anchor Dave Agar.

Bill was known as “Grampy” for the many years he worked at the station.

“That’s all we referred to him as, and he loved it,” Agar says.

Wally Crouter, who worked with Stephenson for years, was proud to call Stephenson a friend.

“I realized what a prize I had been sent down from the west coast,” Crouter says.

Another legendary sportscaster who worked with Bill is Brian Williams, who credits the late broadcaster with giving him his start.

“He was a mentor and a dear friend and really shaped me to become the broadcaster I am today,” Williams says.

The Stephenson family is thanking everyone for their support.

“The heartwarming tributes mean so much to us,” Bill’s granddaughter Carey says.

His son Ron says this has been a tough time for the family.

Known as one of the most outspoken and respected sports commentators in Canada, Bill is a member of the Canadian Broadcaster Hall of Fame.

He is inducted into the Canadian Football Hall of Fame and Museum, Football Reporters of Canada wing in 1988.