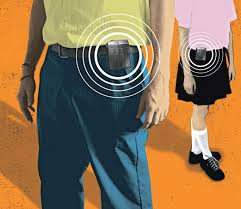 I have written several trade publication articles on radio “ratings”, what we now call “PPM’s”, which stands for Personal People Meters. PPM’s are like a small cell phone. Selected families in each measured market are asked to carry the PPM device with them anywhere they go. The device detects if the person carrying the device is listening to a radio station, then sends an electronic signal to a central location to record the data.

Nielsen (formerly Arbitron) analyzes all the data received then publishes a monthly report of radio listening in each market they survey. In Seattle, reports are published once a month, then compiled into a three month “book” or rating period.

To some advertising agencies and clients, the PPM’s are a “Bible”. To ME, they aren’t. Not even close. As a matter of fact, the PPM’s can be very deceiving and misleading to the uneducated in audience research. Let me give a few reasons why.

First, with the new PPM technology, audiences are being measured from the ripe old age of only SIX YEARS OLD! Even if an audience report shows listenership information based on 12 YEARS OLD, how is this information useful or valuable. It isn’t. What advertiser wants to “target” a six to 12 year old? Maybe candy companies or breakfast cereals, but they do most of their advertising on TV, not radio.

So, basically, the six to 12 year old is just not a valid comparison or competitive measurement for ANY radio station. After all, radio today, is a “targeted” medium. Some radio stations target at women 18-34; some at women 25-34 or 25-54. A few radio stations (like sports stations and hard rock stations) target at men, usually 25-54. Where does a six or 12 year old fit into this equation? They don’t. And, frankly anyone that uses a PPM report based on six or 12 years olds just don’t know what the heck they’re doing.

Puget Sound Radio recently published the April 2014 PPM reports based on a 12 + audience. It was a four month report covering January, February, March and April. Because the monthly samples are very small, the so called “ratings” are often inconsistent and frequently vary considerably from month to month for many stations. Further, this report shows several stations just within a few tenths of a percentage of each other. The sample is so small (NOTE: Nielsen will not divulge their sample sizes!), that they are all a statistical TIE with total listeners 12 +. That is a farce.

The obvious conclusion for PPM “ratings” based on a six or 12 year old audience is they are NOT accurate, nor do they reflect the possible strengths of ANY radio stations core audience listenership.

Therefore, the only true and potentially useful PPM audience information needs to be based upon specific demographic audiences, such as women 25-54, Adults 35-54, etc. The 12 + ratings that were published aren’t worth the paper they were printed upon.

As an advertising agency, Sparky is widely recognized as one of the most successful advertising people anywhere on the west coast.  The track record of client success stories is very well documented and impressive.  He has handled clients all over the State of Washington, Oregon, Idaho, Montana, Alaska, California and Arizona.