In 1907, singer Kate Smith was born in Greenville Alabama.  Most associated with Irving Berlin’s God Bless America, Ms. Smith was a radio force in the 30’s and 40’s, first as hostess of a weekly variety hour, and later headlining a daily chat show.  She died of diabetes June 17 1986 at age 79.

In 1916, actor Glenn Ford was born in suburban Quebec City.  At the end of an impressive career as one of Hollywood’s leading men, he came to the small screen as star of two fondly remembered TV series, Cade’s County & The Family Holvak. He died Aug 30 2006 at age 90.

He started in radio, filling in for Don McNeil on The Breakfast Club, and as a summer replacement for Jack Benny.  Turning to TV he hosted two failed quiz shows (Up to Paar, Bank on the Stars) and did not make it big as host of CBS TV’s Early Show. He had a short-lived ABC radio daytime show before he was tapped to host NBC’s Tonight Show, where he quickly became a sensation.  He hosted Tonight for 5 years of providing the next day’s watercooler topics, before tiring of the nightly grind and switching to a weekly NBC variety series in 1962, an effort that was not a ratings success. Jack Paar died Jan. 27 2004 at age 87.

In 1917, actor John Beradino was born in Los Angeles.  He was a major league baseball player who left the game at age 30 to concentrate on acting.  Along with scores of TV guest shots he had recurring roles in I Led Three Lives, The New Breed, and General Hospital.  He succumbed to pancreatic cancer May 19 1996 at age 79.

In 1922, the Edmonton Journal put the city’s first radio station on the air.  CJCA broadcast on 450 metres with 50 watts, managed by the legendary G.R.A. ‘Dick’ Rice, who would later found radio station CFRN.

Also in 1922, comic actor Louis Nye was born in Hartford Conn. After hitting the big time as one of Steve Allen’s Men on the Street, he guest starred on a variety of TV shows, with regular roles on Happy Days & Curb Your Enthusiasm, among others. He succumbed to lung cancer Sept. 9 2005 at age 83.

In 1924, the first host of TV’s Jeopardy, Art Fleming was born in the Bronx NY.

In 1935, the first radio tube to be made of metal was produced in Schenectady, New York.

In 1939, TV newsman Max Robinson was born in Richmond Virginia. From 1978-1983 he was the Chicago-based co-anchor of ABC’s multi-anchored ‘World News Tonight.’ Thus he became the first black man to regularly anchor a network newscast.  He died of AIDS Dec. 20 1988 at age 49.

Also in 1939, the two-part Sy Oliver arrangement of Lonesome Road was recorded by the Tommy Dorsey Orchestra. Listening carefully, one might note that the lead trombone is not that of Tommy Dorsey, but of Dave Jacobs, instead.

In 1945, Frank Sinatra recorded two ballads from the score of the Broadway show “Carousel.”  The resulting Columbia 78, “You’ll Never Walk Alone” b/w “If I Loved You” became a Top 10 hit that autumn.

In 1954, monologist Andy Griffith made his debut at the Grand Old Opry in Nashville.

In 1955, while touring with Hank Snow’s All Star Jamboree, Elvis Presley played three shows at the New Orleans Municipal Auditorium.

Also in 1955, Leonard Chess signed Chuck Berry to a Chess Records contract on the recommendation of blues star Muddy Waters.

Also in 1956, R&B singer Little Willie John recorded his #1 R&B hit, “Fever.” Two years later, Peggy Lee added some of her own lyrics and ended up with a Top 10 pop hit and her own distinctive signature song.

Still in 1956, another future #2 single was taped when pianist Eddie Heywood joined Hugo Winterhalter’s Orchestra to play his own composition, “Canadian Sunset.”

Again in 1956, Sun Records released the first country #1 single from Johnny Cash, his early signature song “I Walk The Line” b/w “Get Rhythm.”

In 1957, Brooklyn’s Larry Zeiger made his first radio broadcast in Miami after his boss renamed him Larry King.

Also in 1957, country comedienne Minnie Pearl (Sarah Colley) was the surprised honoree on NBC-TV’s This Is Your Life.

Still in 1957, folksinging history was in the making as the Kingston Trio (Dave Guard, Nick Reynolds & Bob Shane) was formed in Palo Alto, California.

In 1964, the Beatles received $140,000 dollars for the rights to having their pictures included in packages of bubble gum in the US. 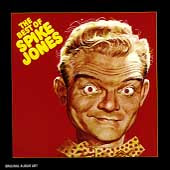 In 1965, comedic bandleader Spike Jones died of emphysema at age 53. Spike Jones & His City Slickers were one of the most popular novelty acts of the 1940s and ’50s. The band’s biggest hit was “All I Want for Christmas (Is My Two Front Teeth),” a 1948 song that topped Billboard’s pop chart for three weeks and sold more than 1 million copies.

Also in 1965, “Mrs. Brown You’ve Got a Lovely Daughter” by Herman’s Hermits topped the charts and stayed there for 3 weeks.

In 1967, Elvis Presley got hitched to a girl he had been dating since his army days in West Germany. The 32-year old Elvis and 21-year old Priscilla Beaulieu were married in Las Vegas, NV. The wedding cake cost $3,500. The marriage lasted until 1973.

In 1969, Bob Dylan and Joni Mitchell were the guests as the first episode of ABC-TV’s Johnny Cash Show was taped at the Ryman Auditorium in Nashville. The show, the first of 58 in the weekly series, aired in prime time 5 weeks later.

Also in 1969, Jimi Hendrix was arrested at Toronto International Airport for possesion of narcotics and was released on $10,000 bail.

Also in 1970, Elton John and lyricist Bernie Taupin combined for the first time on Elton’s first American album simply titled, Elton John. The LP contained Elton’s first hit, Your Song, which made it to the Top 10 on the singles chart in December.

In 1971, the Rolling Stones‘ “Brown Sugar” was released in North America.

In 1973, the Bachman-Turner Overdrive released their first LP (self-titled) featuring former Guess Who guitarist Randy Bachman, his two brothers Robin and Tim, and Fred Turner. The Winnipeg foursome was now based in Vancouver.

Also in 1973, “Marvin Gaye Day” was declared in Washington, DC, his hometown.

In 1974, The Carpenters (Richard & Karen) performed at the White House, at the request of President Nixon.

In 1976, Led Zeppelin started a two-week run at No.1 on the Billboard album chart with ‘Presence’, the group’s fifth No.1 album.  And “Let Your Love Flow” by the Bellamy Brotherstopped the singles chart and stayed there for a week.

In 1980, CISL 940 went on the air at 6 am to become Richmond’s first radio station.  CISL was low powered and could not be heard south of the Hwy 17 interchange south of the tunnel.

In 1982, I Love Rock ‘N Roll, by Joan Jett and The Blackhearts, appeared at the top of the pop music charts for the seventh, and final, week. The rocker stayed on the charts for 16 weeks. Jett from Philadelphia, PA played guitar and formed the all-female rock band, The Runaways in the mid-’70s. The Blackhearts were founded in 1980.

In 1984, orchestra leader/arranger Gordon Jenkins died of ‘Lou Gehrig’s Disease’ at age 73. He had been very active in network radio, scoring for the series Mayor of the Town, The Man Called X, Al Jolson, Jack Carson & Dick Haymes, to name just a few. He also worked as musical director at Decca & Capitol Records where he recorded with some of the top stars of the day, including Frank Sinatra & Nat Cole. 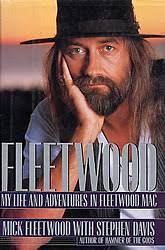 Also in 1984, facing a mountain of debt Mick Fleetwood of Fleetwood Mac filed for bankruptcy.

In 1986, songwriter/record producer Hugo Peretti (Can’t Help Falling In Love, I Will Follow Him, The Lion Sleeps Tonight, Twistin’ The Night Away, Chain Gang, Honeycomb etc.) died at age 69. In the late 1950s and ’60’s he partnered with his cousin Luigi Creatore to form the Hugo & Luigiteam that wrote hit songs and produced Top 40 records.

In 1987, Jack Webster broadcast his last talk show, the 90-minute TV version, for BCTV Vancouver. He retired to his Salt Spring Island farm where he passed away March 2, 1999.

In 1988, the man who played “Fibber McGee” on network radio for more than a quarter century,Jim Jordan, died at age 91. (Pictured with his wife Marian, who played Molly.)

Also in 1989, police in California were called to a jewelry store after employees reported a suspicious person. The person turned out to be Michael Jackson shopping in disguise. 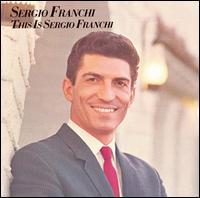 In 1990, international singing star Sergio Franchi, who recorded 25 albums and won a Tony for his starring role in the Broadway musical “Nine,” died at his Connecticut estate after a bout with brain cancer. He was 64.

In 1991, cable music channels banned the video for the Garth Brooks song “The Thunder Rolls” because it depicted adultery, domestic violence and murder. Brooks refused to alter the video.

In 1994, CBS correspondent Charles Kuralt (below) retired after creating his own human interest news niche with On the Road… and a Winnebago. In 1995, the CBC Radio network resumed broadcasting all night, which except for the Gulf War of 1991 they had discontinued in the late ’60s.

In 1996, talk show host Kathie Lee Gifford broke into tears on “Live With Regis and Kathie Lee.” She was defending herself over accusations that a line of clothing bearing her name used children working in sweatshops.

In 1998, beleaguered rapper Snoop Doggy Dogg was arrested for possession of marijuana. Snoop and MC Delmar Arnaud were each found with less than an ounce of the drug, and were booked on one count of misdemeanor marijuana possession each.

In 2000, former Village Voice writer Jimmy McDonough sued Canadian rocker Neil Young for $1.8 million for fraud. The suit stemmed from the musician’s alleged refusal to authorize publication of a biography that had been written over several years by McDonough with Young’s permission and assistance.

Also in 2000, ABC broadcast the first celebrity “Who Wants to Be a Millionaire.”

In 2002, in london, a selection of John Lennon‘s post-Beatles home recordings (singing to his step-daughter Kyoko) were auctioned off for $195,000.

In 2003, soul singer Barry White suffered a stroke while being treated for kidney failure; he died two months later on July 4th.

Also in 2005, Bruce Springsteen went to No.1 on the UK album chart with ‘Devils & Dust’ the American singer/songwriter’s sixth No.1 in Britain.

Still in 2005, Matchbox 20 singer Rob Thomas went to No.1 on the Billboard album chart with his first solo album ‘Something To Be.’

Again in 2005, Coldplay became the first UK band to have a song debut in the Billboard Top 10 singles chart since The Beatles‘ similar feat with ‘Hey Jude’ in 1968. Coldplay’s ‘Speed of Sound’ made its first appearance this day at #8.

In 2006, Seattle’s  KSLY FM 92.5 closed down their Adult Top 40 format at noon with Semisonics’s “Closing Time.”  Then the call letters changed to KQMV (MOVIN’); its first song was The C&C Music Factory’s “Gonna Make You Sweat (Everybody Dance Now.)”

Also in 2006, saxophonist Johnny Paris, leader of the instrumental group Johnny & the Hurricanes, died in Ann Arbor Michigan of hospital-borne infections after an operation, at age 65.

in 2007, Jon Bon Jovi guested on a Rock-themed edition of American Idol. He gave feedback to the remaining six contestants, who presented their own renditions of Bon Jovi songs.

In 2008, Nickelback frontman Chad Kroeger was fined $588 and had his license revoked for a year following his conviction for drunk driving. A judge in the Vancouver suburb of Surrey gave Kroeger the minimum sentence for his ‘06 offense.

Also in 2008, having been bounced from Velvet Revolver only a month earlier, Scott Weilandplayed with the reunited Stone Temple Pilots on ABC’s Jimmy Kimmel Live.

In 2010, Canadian trombonist/big band leader/arranger Rob McConnell of the Boss Brass lost his battle with cancer at age 75.

Singer-bassist Nick Fortuna of The Buckinghams is 68.

1970
ABC – The Jackson 5
Spirit in the Sky – Norman Greenbaum
American Woman /No Sugar Tonight – The Guess Who
My Woman My Woman, My Wife – Marty Robbins