Also this day in 1916,  movie actress/TV spokesperson Betty Furness was born in New York City.  She became more famous than most of her acting peers as the on-camera commercial spokesperson for Westinghouse, especially their refrigerators. She died of stomach cancer Apr 2, 1994 at age 78.

On this day in 1946, William Joyce was hanged for treason in Britain at age 40.  Known as Lord Haw-Haw, the US-born Joyce was a fascist politician and Nazi propaganda broadcaster to the United Kingdom during World War II.

On this day in 1969,  actor Howard McNear, “Doc” on radio’s Gunsmoke, and “Floyd the Barber” on TV’s Andy Griffith Show, died after a long illness at age 63. 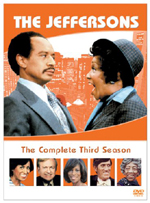 On this day in 2016, longtime Chicago radio newsman Barry Keefe, whospent 30 years as an anchor at WTMX-FM and its predecessor, WCLR-FM, bringing an authoritative, deep-bass voice and a friendly, chatty manner to a raft of morning radio shows, died of complications from pancreatic cancer at age 62.

On this day in 2017, after 12 years establishing herself at Fox News, Megyn Kelly announced she was departing for NBC News, where she would have her own daily TV talk show. That didn’t end well.

On this day in 2018, NBC named  Hoda Kotb as co-anchor of TV’s “Today” show following the firing of longtime co-anchor Matt Lauer on sexual harassment allegations.

On this day in 2019, Anthrax’s Scott Ian again praised Queen saying they sound “even better” now, than they did in their heyday. He had previously tabbed Queen the “most original rock band” in his lifetime.

Actress Brooke Williams (The Shannara Chronicles, Spartacus: War of the Damned) is 39.

Drummer Mark Pontius of Foster The People is 38.