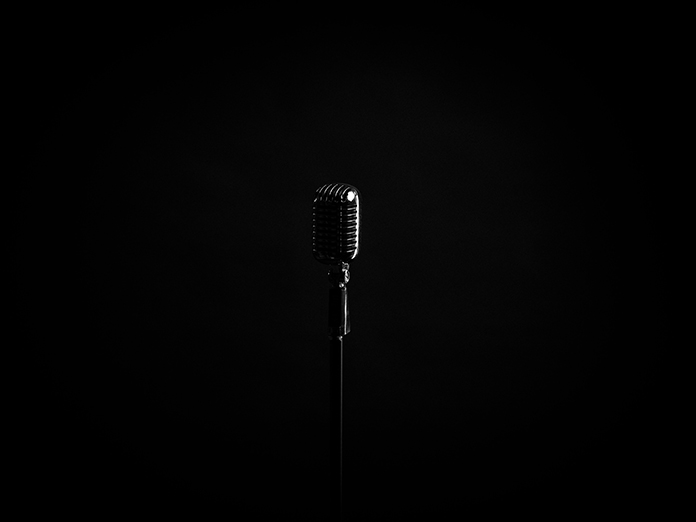 Remembered for their contributions to the broadcast, audio & screen industries

*Printed here in order of their publication in Broadcast Dialogue’s Weekly Briefing and including notices from Dec. 2021.

Elizabeth Laird, 73, on Dec. 31, of cancer. A longtime radio station owner who used her business to champion industry, tourism and non-profit organizations, Laird relocated with her family from Ontario to Nicola Ranch near Merritt in the early 1980s. In 1984, Laird became the owner and operator of JADE Garden Centre, in addition to serving as a School District 58 trustee for a decade. Her involvement in broadcasting began through her son Andrew, former morning show host at CJNL 1230 Merritt. In 1994, she invested in Merritt Broadcasting and in 2016 became the sole owner of what is now Q101. As the only female independent broadcast owner/operator in B.C., she gave many broadcasters their first opportunity in the industry, an accomplishment she took a great deal of pride in. In 2021, Laird completed the sale of Q101 to Pattison Media. Even with the many challenges of running a business, she found time to serve her community, including serving as the first female president of the Merritt Rotary Club in the 1990s and sitting on the board of the Merritt Chamber of Commerce.

Jean-Marc Vallée, 58, on Dec. 25. Born and raised in Montreal, Vallée studied filmmaking at Le Collège Ahuntsic and L’Université du Québec à Montréal (UQAM). His early career began directing music videos in the mid-1980s for Montreal bands including Wild Touch and Park Avenue. He went on to produce a number of short films with his feature length directorial debut Black List, the highest grossing Quebec film of 1995, nominated for nine Genie Awards. Follow-up films included 2005’s C.R.A.Z.Y.; 2009’s The Young Victoria, which received three Oscar nominations; 2013’s Dallas Buyers Club; and 2014’s Wild, which earned him an Oscar nomination for Best Film Editing. Vallée went on to direct and executive produce Big Little Lies (2017) and Sharp Objects (2018) for HBO. Big Littles Lies earned him a Primetime Emmy Award for Outstanding Directing for a Limited Series, Movie or Dramatic Special. Vallée was made an Officer of the Order of Canada in 2017 and an officer of the National Order of Quebec in 2020.

Candy Palmater, 53, on Dec. 25. Born in Point La Nim, NB and a member of the Eel River Bar Mi’kmaw Nation, Palmater was the first Indigenous law student in Canada to be valedictorian of her graduating class at Dalhousie Law School. She quickly realized she didn’t want to practice corporate law and went to work with the Nova Scotia Department of Education before turning to comedy and producing her own radio and television programs. A regular contributor to CBC Radio’s Definitely Not the Opera (DNTO) and an interim host of Q, Palmater went on to host and write The Candy Show on APTN from 2010-14. She produced her first film, Building Legends: The Mi’Kmaq Canoe Project in 2011. Among other television roles, she appeared on shows like Forgive Me, Trailer Park Boys, and was a regular on CTV’s The Social. She also lent her voice as a narrator to series like Skindigenous and True North Calling. Prior to her death, she was slated to have a recurring role on CBC sitcom Run the ‘Burbs.

Stan Bailly, 74, on Dec. 18, of complications from COVID-19. Following his graduation from BCIT, Bailly’s 31-year radio career began in Williams Lake in 1968. He returned to his hometown of Kamloops in 1987 to work for CIFM and was best known as the co-host of “Hank and Stan In The Morning” for 25 years, alongside Henry “Hank” Small. He retired from radio in 2018. Following his retirement, he ran his own DJ business playing events and parties in the Kamloops area.

George Stephenson, 69, on Dec. 5. Stephenson graduated from the Southern Alberta Institute of Technology (SAIT) in the 1970s and started his journalism career working at weekly newspapers around Alberta, before joining the Lethbridge Herald. Stephenson (and his first wife, reporter Wendy Stephenson) joined the Winnipeg Sun in the 1980s where he rose from legislative reporter to city editor and eventually managing editor. In the 1990s, he went on to work with CBC Radio in Winnipeg where he served as news director. Post-journalism, Stephenson’s career took him to the Manitoba Teachers’ Society (MTS) and a communications role where he served as the publications and website manager. He retired from MTS in April 2021, but continued to contribute columns to the Winnipeg Free Press.

Ian Greenberg, 79, on Jan. 10. Along with his three brothers Sidney, Harvey and Harold, Greenberg co-founded Astral Media in 1961, playing an integral role in the company’s 50-year history by transforming it from a photographic specialty business into a multimedia empire encompassing pay and specialty TV, radio, out-of-home advertising, and digital media. As President and Chief Executive Officer of Astral from 1995 until its acquisition by BCE in July 2013, under Greenberg the company achieved 16 years of consecutive growth employing 2,800 people across eight provinces and 84 radio stations, 24 pay and specialty television channels and 9,500 out-of-home advertising faces. Following the acquisition, he went on to serve as a director of the BCE board, serving on the Audit and Management Resources & Compensation committees. A member of the Canadian Association of Broadcasters’ Hall of Fame, Canadian Broadcast Industry Hall of Fame and the Canadian Business Hall of Fame, Greenberg received the Ted Rogers and Velma Rogers Graham Award in 2007 for his significant contributions to Canadian broadcasting. Read more here.

Jeff Guy, 80, on Jan. 7. Guy’s career started in radio started in 1957 when he was hired as a studio operator at CFCO Radio in Chatham, ON. In Dec. 1960, he made the move to London, ON, embarking on a career at CKSL Radio. He worked his way up the broadcast ladder, first in the programming department, and then transitioning to his speciality, Broadcast Engineering. In Nov. 1967, he joined the McManus Family at the newly-launched CJOE 1290 London. Over the next five decades, Guy saw tremendous success, ascending to Vice-President of Engineering for CJBK-AM, BX-93, CHOK-AM, 97.5 EZ Rock, CKSL-AM and OJ95. In addition to helping launch new radio stations in London, Sarnia, and Belleville, and designing and building broadcasting facilities, Guy also served as President of the CCBE (Central Canada Broadcast Engineers). He retired from Telemedia London in 2001 after 33 years with CJOE and CJBK.

Severino Gobbato, 67, on Jan. 4. Born in Volpago, Italy, Gobbato arrived in Canada in 1957 and grew up in East Vancouver. After a stint as produce manager at the Safeway on Victoria Drive, he attended broadcasting school and got his first job as a DJ at CKAY-AM Duncan, BC. From there, he held roles at CKNW and CFMI Vancouver as a Media Consultant, working his way up to Senior Marketing Consultant & General Sales Manager. He later worked in sales for Praise 106.5 FM (KWPZ-FM) in Lynden, Washington. Gobbato retired to the Okanagan in 2016.

Judith LaRoque, 65, unexpectedly on Dec. 29. LaRocque’s distinguished career in the public service started with the Public Service Commission of Canada in 1979 as an administrative assistant. She went on to hold successive roles with the Prime Minister’s Office, the Office of the Leader of the Opposition, the House of Commons, Legislative Assistant to the Government House Leader, and then Office of the President of the Queen’s Privy Council. After serving as the Executive Assistant to the Minister of Justice and Attorney General, her first Chief of Staff role came along in 1989 and then a decade-long appointment as Secretary to the Governor General, working with Ray Hnatyshyn and later Roméo LeBlanc. Upon completion of her term in 2000, LaRocque was appointed Associate Deputy Minister at the Department of Canadian Heritage and promoted to Deputy Minister in 2002. She held the post until 2010 when she was appointed as Canada’s Ambassador to the OECD in Paris. LaRocque also served as Vice Chair of the CRTC and was named interim chair in June 2017, maintaining the role until current chair Ian Scott was appointed. At the time of her death, she was serving a three-year term as Chair of the Board of Trustees of the Canadian Museum of Nature, and was on the boards of the Banff Centre for Arts and Creativity and the Hawkesbury General Hospital.

Adrienne Pan, 43, on Jan. 15, following a lengthy illness. Pan, who grew up in Edmonton, attended high school at the Victoria School of the Arts where her interest in broadcast journalism was first piqued. After graduating from McGill University with a B.A. in Communications and Political Science, she started her broadcasting career in 2001 at A-Channel in Edmonton as a writer and associate producer. In Nov. 2002, she joined Global News, first in Lethbridge as a video journalist and producer, and later in Winnipeg as an anchor and reporter. Her work on a documentary about inner-city Winnipeg community activist Harry Lehotsky, “Saving Grace: The Harry Lehotsky Story”, was recognized with both National and Regional RTDNA awards in 2007. After nearly five years at Global Winnipeg, Pan joined CBC Winnipeg, initially as a lifestyle reporter contributing to Living Winnipeg. She went on to host CBC Manitoba Late Night for two years, before returning to her hometown and CBC Edmonton in 2011. She was a host and producer on the late night and 6 p.m. newscast for seven years, and a fill-in host on radio, before moving into radio full-time in 2018 as the host of Radio Active. Read more here.

Jean-Claude Lord, 78 on Jan. 15, following a massive stroke. Born in Montreal, Lord started his career as an assistant director, scriptwriter, and apprentice to filmmaker Pierre Patry. He would go on to gain a reputation as a pioneer in Quebec film and television. His first feature was Délivrez-nous du mal, released in 1965 and depicting a gay couple, a first for a Québécois film. Films like Bingo (1974) and Eclair au chocolat (1979) followed. Lord’s first English-language film, the low-budget horror Visiting Hours, was released in 1982. Starring William Shatner and Michael Ironside, it garnered a cult following. Lord went on to work on TV series Lance et Compte (which aired in English as He Shoots, He Scores). The hockey drama ran from 1986-89 and went on to be broadcast in France and win a Prix Gemeaux. Lord directed a revival of the series from 2000-08. He was honoured with the Prix Guy-Mauffette by the National Assembly of Quebec in 2017, given to individuals for an outstanding career in the radio and television arts in Quebec. 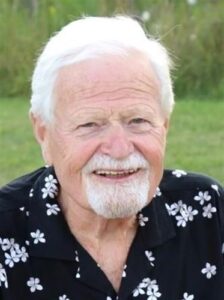 Fraser Loyal Kelly, 87, on Jan. 19, following a long illness. Born and raised in Toronto, Kelly started his journalism career as a police reporter on the overnight desk in Oshawa. He joined the Toronto Telegram in the early 1960s, working his way up from reporter to columnist and then politics editor. When the paper closed in 1971, he moved into television as a host on CFTO Toronto, helming political shows Fraser Kelly Reports and Hourlong. By 1981, he had joined CBC Toronto, co-hosting the evening newscast, Newshour, and public affairs show, Fraser’s Edge. He also contributed a column to the Toronto Star, among other magazine writing and authoring three books on politics. Fraser departed the CBC in 1986, at age 50, to co-found communications and crisis management firm, Corpworld Group. He consulted well into his 80s. Kelly also served as an adjunct professor in the Graduate School of Journalism at the University of Western Ontario.