On this day in 1908, actor Lew Ayres was born in Minneapolis.  He played Dr. Kildare in the movies & on syndicated radio.  He was host of the 1958 TV series Frontier Justice, and guested on episodic television for more than 35 years.  He lapsed into a coma & died, two days after his 88th birthday, on Dec. 30 1996.

On this day in 1911, teacher/humourist/TV host Sam Levenson was born in New York City. He made 21 appearances on The Ed Sullivan Show; hosted the game show Two for the Money, guest hosted The Price is Right, and appeared as a guest on several game shows, and all the major talk shows.  He suffered a heart attack & died Aug. 27 1980 at the age of 68.

On this day in 1956,  the final episode of “Ding Dong School” was seen on NBC-TV, after being a good influence on children for five years.  From Chicago, Miss Frances (Dr. Frances Horwich) rang the bell for one last time this day.

On this day in 1980, Canadian Prime Minister Trudeau gave a year-end interview on CTV. He said if Canada were to break up as a result of his constitutional proposals, it was ‘not worth holding together.’

Also this day in 1983,   actor William Demarest, a crowd favorite as “Uncle Charlie” on the TV sitcom My Three Sons, suffered a fatal heart attack at age 91. 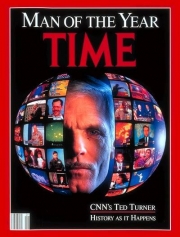 On this day in 2006, Winnipeg’s CKFE-FM at 1 pm switched from the Adult Album Alternative format it had been on for exactly a year, to become country music CHNK HANK-FM. That format failed as well, and in July 2010 the station became K-ROCK 100.7 playing ‘World Class Rock” .. the oldies. Today, after a frequency tweak it is branded ‘Hot 100.5‘ under the call letters CFJL-FM.

On this day in 2015,  Ian “Lemmy” Kilmister, founding member and singer in the British heavy metal band Motörhead, died at the age of 70 just days after being diagnosed with prostate cancer.

On this day in 2016. actress Debbie Reynolds suffered a fatal stroke at age 84, one day after the death of her daughter Carrie Fisher.

On this day in 2017, actress/singer/comedienne Rose Marie, who became internationally reknowned through her acting in the 1960’s on CBS-TV’s The Dick Van Dyke Show, died of natural causes at age 94.

On this day in 2018, musician/singer Ray Sawyer, whose eye-patch, bristling moustache and battered, badge-festooned hat made him the unmistakable visual signature of Dr Hook & the Medicine Show, died following three years of poor health at age 81.  His voice was the lead on their major 1973 hit The Cover of the Rolling Stone.

Drummer Joseph “Zigaboo” Modeliste of The Meters is 75.

Actress Terri Garber (As The World Turns, Dynasty) is 62.

Actor Malcolm Gets (Caroline in the City, As The World Turns) is 58.

Dancer Anna Trebunskaya (Dancing with the Stars) is 42.