message sent through our ‘Tip line’ from Raydeo in Calgary, Albert 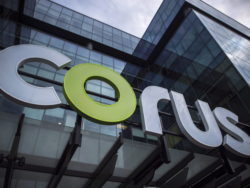 I work at a competing station in Calgary. Our sales manager just got an email from a client that said his Corus sales rep says Q107 will be replaced by QR77. Doesn’t make any sense to me. Talk isn’t allowed on FM in Canada, right? Unless you have a specialty license that allows that. And what would Corus do with the AM then? Turn it off? Finding this one hard to believe since the rules don’t allow it but who knows? I am 99% sure that FM music stations can’t go all talk which is why it hasn’t been done so far. Anyone else hearing anything about the future of the 107.3 frequency? Power 107 coming back makes more sense to me.