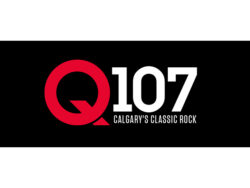 Q107 (CFGQ-FM) Calgary hosts “Tarzan Dan” Freeman and Cam Sullivan have announced that today marks their last shows on the Corus Entertainment Classic Rock station ahead of an impending format flip in the New Year.

Freeman, who is well-known for his run hosting television show, YTV Hit List with Tarzan Dan, throughout the ’90s, has been with Q107 since 2016. Heard weekdays from 2 – 6 p.m., he has been one of a handful of local voices left on Q107 with Willy in the Morning, the morning show from sister station Rock 101 (CFMI-FM) Vancouver, airing on the station since August 2019. Rock 101 afternoon drive host Robin LaRose has also been heard in evenings.

“My last show is today and it sucks,” said Freeman, in a video posted to Facebook. “I’ve tried to think of a million ways of saying it, but it sucks. I love coming in and doing what I do every single day…it’s never an easy pill to swallow.”