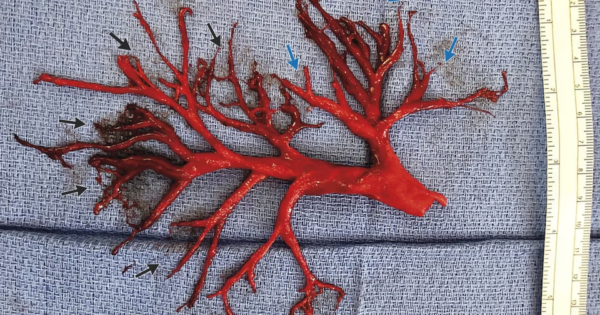 It took two separate sittings to fully digest Died Suddenly. I couldn’t handle it all in one go. It was too emotional and too traumatic. I became overloaded with angst.

To reference that great tribal inspiration Thomas Sheridan, it wasn’t really made for me. It was made for the normies. So from a content perspective, I can’t fault it. The quality was excellent. Share it far and wide. Share it with those who are concerned about what they have consumed and with those in denial of the “wonderful vaccine”. Challenge yourself, be prepared to risk the consequences with friends or family. The line must be drawn.
.
https://www.youtube.com/watch?v=pIDQvQncdrE
.
Nothing in Died Suddenly was new to me. As someone who has invested many thousands of hours in researching all things covhoax related, it didn’t open my eyes any further.
.
What it did do was enrage me, and reignite my need for justice and vengeance upon these vile monsters who have perpetrated such monstrous inhumane crimes against us.
.
I have sat for a few months, being distracted by being life-busy. But simmering below the surface has been an awful thing, almost indescribable. A raging burning need for justice and a need to bring things to the surface. An unsettled need to see justice be done against these horrendous perpetrators.
.

What Died Suddenly did for me is to reawaken some awful PTSD memories of things that had started before the covhoax, but were accelerated and made infinitely worse because of the psychotic covhoax mass mania. The “experts” proclaimed that one of the by-products of the covhoax was a serious increase in mental illness. Well obviously. Of course. If you let petty psychopathic hypochondriacs loose to determine how everyday people will live their lives, and the resultant totalitarian madness of mandates and coercion are the deliverable, then expect the fallout and damage done to “normal” people who are not willing to partake in the multi masked multi self-poisoned “Russ and Karen” purple haired frothy mouthed eye bulging insanity that ensued.

.
Died Suddenly triggered tremendously powerful flashbacks, after seeing some of the advertising and propaganda used against us. It reminded me very brutally of the last 30 months of medical tyranny and psychological war against humanity. Like a fast forwarded time machine of the last 30 months. Like being hit in the face with a hammer. And even as powerful as it was, it didn’t include footage of protestors in Australia being shot at by black clad paramilitary forces or the anonymous unidentified extranational forces brought to bear on the Ottawa truck protestors. Or granny being trampled underfoot by Trudeau’s hired Stazi.
.
I have always known the great evil we are fighting. I sense it. I feel it.
.
For me, as one of the tribe, it was a refreshing, reenergizing reminder. But with it came deep trauma, flashbacks and pain. It was not a pleasant or victorious satisfying viewing.
.
I will not sleep soundly until they suffer. Until they beg for mercy. Until they confess to their crimes and plead for clemency. I want to see the fear on their faces. The terror in their eyes. The same look that people had when they were coerced into taking experimental noxious deathjabs, the same look on their faces when they were forced to choose work and wages over bodily autonomy. Most nights usually pass with me playing over and over the horrors that I endured. I call it a good night if I don’t obsess over some specific element of the attack on either our wider humanity or on myself as a sovereign human being. I don’t sleep well at all.
.
I would happily sit there in judgement, and deny their pleas. I would refuse them their pathetic begging for clemency. They offered no mercy to my kind, and they cast them aside like garbage.
.
I hope you are holding up well and finding the energy to keep fighting against these horrors. Something is turning. Changes are afoot. We are seeing it manifest in a few areas, and I encourage you to see the positive and look for the hope rather than succumb to the despair.
.
Sharpen your hatchets, your axes, your machetes, and ensure your hammers and mallets are ready for action.
.
For a time will come.
.
https://www.bitchute.com/video/SlyEzfNxsvOr/?fbclid=IwAR3s8z6jrH0sn6dWzsNO__sdunoQ7haJCWxaXp7BjqtoWooR8q_gKyjIggM
.
Ricky Daytona
West Kelowna
.