In 1940, Bobby Hatfield  on the right, one half of The Righteous Brothers, was born in Beaver Dam, Wisconsin. Hatfield and Bill Medley were the leaders of the blue-eyed soul movement in the 1960s. Many of The Righteous Brothers hits, such as “You’ve Lost That Lovin’ Feelin’,” a number-one hit in 1964, were produced by Phil Spector. Hatfied died in his sleep November 5, 2003 at age 63, after a cocaine-fuelled heart attack.
.
In 1948, Allen Funt’s “Candid Camera,” a video version of his “Candid Microphone” radio show, debuted on ABC.
.

In 1962, pioneering sportscaster/announcer Ted Husing, who did it all in the early years of CBS radio, died of complications from a brain tumour at age 60.  Much of his structure of football play-by-play is still in wide use today.

Still in 1963, the singing group The Browns  joined the Grand Ole Opry. 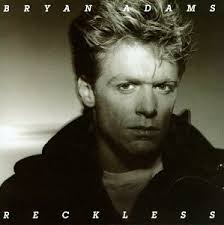 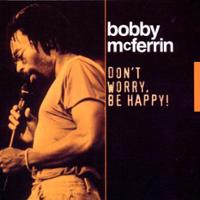 In 2016, Ontario-born sportscaster John Saunders, who worked for ESPN for almost 30 years, who handled Toronto Raptors play-by-play for six years in the late 90’s, died at age 61. Cause of death was an enlarged heart together with complications from diabetes.

In 2018, Pearl Jam’s second “Home Show” at Seattle’s Safeco Field, to raise awareness of and money for the city’s homeless, featured a cover of the late Chris Connell’s (Soundgarden) song “Missing.”

Actor James Reynolds (Days of Our Lives) is 76.

Actor Daniel Hugh Kelly (Ryan’s Hope, All My Children) is 70.

Actress Rosanna Arquette (What About Brian, Shirley) is 63.

Actor Antonio Banderas (And Starring Pancho Villa as Himself) is 62.

Drummer Jon Farriss of INXS is 61.

Singer Aaron Hall of Guy is 58.

Actor Justin Theroux (The Leftovers, The District) is 51.

Actress Emily Warfield (Days of Our Lives, American Crime) is 50.

Actor/narrator Michael McGlone (Trauma: Life in the ER, Mobsters, The Kill Point) is 50.

Actor Leo Fitzpatrick (The Heart She Holler, The Wire) is 44.

Actress JoAnna Garcia Swisher (Reba, Better With You) is 43.

Singer Cary Ann Hearst of Shovels and Rope is 43.

Singer Nikki Bratcher of Divine is 42..

TV personality Kylie Jenner.(Keeping Up with the Kardashians) is 25.