radio/TV actor Parley Baer was born in Salt Lake City. Although best remembered for his role as Chester the deputy on the CBS radio version of Gunsmoke, Baer also was greatly in demand for other radio series including The Whistler, Escape, Suspense, Tales of the Texas Rangers, Dragnet, The CBS Radio Workshop, Lux Radio Theater, The Six Shooter, and Yours Truly, Johnny Dollar.   On TV he had recurring roles on The Andy Griffith Show, The Adventures of Ozzie and Harriet, The Addams Family,  The Young and the Restless, and Gomer Pyle, U.S.M.C.  He died Nov. 22 2002 eleven days after a stroke at age 88.

Also in 2014, actor David Brian was born in New York City. Besides a spotty big screen career he starred in radio & TV versions of the weekly series Mr. District Attorney, and guested in episodic TV about 50 times.  He succumbed to cancer July 15, 1993 three weeks short of his 79th birthday. 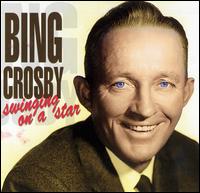 Also in 2015, for the second time in less than a month, Puddle Of Mudd singer Wes Scantlin was arrested for driving under the influence. He was pulled over in South Dakota for speeding and was cited for possession of marijuana.

In 2018, Charlotte Rae, the actress who became known to millions as the tough but admirable housekeeper Mrs. Garrett on Diff’rent Strokes and The Facts of Life (both NBC-TV), died at the age of 92.

Actress/voicist/composer Ja’net DuBois (The PJ’s, Good Times, The Jeffersons) is 77.

Actress Loni Anderson (WKRP in Cincinnati, Nurses, Easy Street, My Sister is So Gay) is 77.

Actress Erica Slezak (One Life To Live) is 76.

Drummer Will Sellers of Old Dominion is 44.