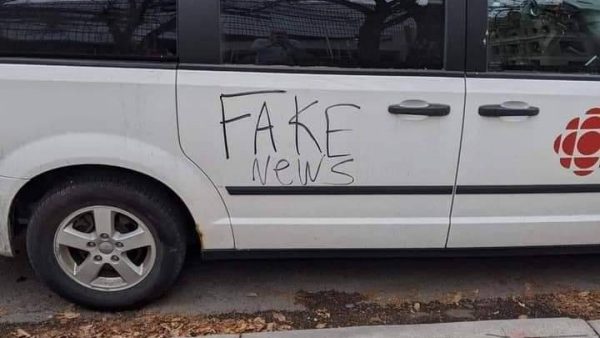 The Canadian Broadcasting Corporation (CBC), which relies on generous pay-outs from the taxpayer to function, has admitted to spreading disinformation on the Freedom Convoy. The network confessed in a statement that it shared incorrect information about the source of the donations to the protesters. This isn’t the first time CBC has been caught disseminating false information.

CBC is under fire on social media after it admitted to spreading false information on the Freedom Convoy. According to Blacklock’s reporter, “the CBC has retracted another false Freedom Convoy story that suggested foreigners played a large role in the protest. The claim was made on a radio broadcast of The World This Hour, self-described as ‘Canada’s most trusted audio newscast.’” In response, Rebel News founder Ezra Levant labelled CBC the “greatest source of fake news and disinformation” in Canada. Philanthropist and oil-and-gas advocate Brett Wilson chimed in, suggesting CBC do a story about eco-terrorism movements, add that they collaborate to “fuck Canada.”