American songwriter Irving Berlin was born Israel Isidor Baline in Siberia, Russia.  Whether for Broadway musicals or films, for humorous songs or romantic ballads, his compositions are celebrated for their appealing melodies and memorable lyrics. His many popular songs include “There’s No Business Like Show Business,” “God Bless America,” and “White Christmas.” In 1968 Berlin received a Grammy Lifetime Achievement Award.  He died following a heart attack Sept. 22 1989 at age 101.

In 1911, Emmy-winning comedian Phil Silvers was born Philip Silversmith in New York City.  He was the original con man Sgt Bilko who starred in 143 episodes of You’ll Never Get Rich: The Phil Silvers Show in the late 1950′s.  Later he had a recurring role on The Beverly Hillbillies.  He died after a heart attack Nov 1, 1985 at age 74.

In 1911, comedian Doodles (Winstead) Weaver was born in Los Angeles. He was the brother of NBC-TV executive Sylvester “Pat” Weaver and the uncle of actress Sigourney Weaver, but was best known for his appearances & recordings with Spike Jones & His City Slickers.  He died by his own hand Jan 17 1983 at age 71, after years of alcoholism & failing health.

In 1912, comedian/actor Foster Brooks was born in Louisville. He was a radio newscaster and disc jockey in Louisville and Buffalo before switching to TV newscasting. Brooks moved to L.A. in the 60s and began acting in television. He then began his drunk act, which went over well with crowds in Vegas nightclubs and on television. Brooks was a frequent guest on talk and variety shows, game shows, as well as numerous Dean Martin celebrity roasts. Despite his on-screen personna he actually quit drinking in the early 1960s, on a bet, and remained a teetotaler until his death Dec. 20, 2001 at 89.

In 1913, orchestra leader Tutti Camarata was born in Glen Ridge New Jersey. He played trumpet for bands such as Jimmy and Tommy Dorsey, Benny Goodman and others. He also did arranging for Glen Gray and the Casa Loma Orchestra, Goodman, Louis Armstrong, Bing Crosby, Billie Holliday, Ella Fitzgerald, & Duke Ellington. He was musical director for several TV shows including Startime, The Vic Damone Show and The Alcoa Hour. He died April 13 2005 at age 91.

In 1928, General Electric’s WGY-TV in Schenectady, NY began the first schedule of regular TV programs. A very short schedule, mind you. WGY offered programming to the upstate New York audience three times a week using the mechanical scanning method. And mechanical scanning was NOT to be the wave of the future. It was electrical scanning, developed by Philo Farnsworth, that would make television available to the masses.

In 1944, the Bureau of Broadcast Measurement (BBM) was formed as a non-profit Canadian radio ratings service. Advertisers and advertising agencies controlled two-thirds of the votes, broadcasters the other third of the power.  In 2014 it was re-branded as Numeris.

In 1953, the No. 1 Billboard Pop Hit was “The Song from Moulin Rouge,” by Canadian-born Percy Faith & his Orchestra & vocalist Felicia Sanders.

In 1956, the pioneering kids TV show, The Pinky Lee Show, aired for the final time  on NBC-TV.

In 1957, Buddy Holly and the Crickets auditioned for CBS-TV’s “Arthur Godfrey’s Talent Scouts,” but unfortunately were rejected without getting to the air.

Also in 1957, the Everly Brothers made their debut on WSM’s “Grand Ole Opry” in Nashville, singing their first hit “Bye Bye Love.”

In 1959, Annette Funicello made the first of her six appearances as Gina Minelli on the CBS-TV Danny Thomas sitcom “Make Room For Daddy,” in the episode “Gina from Italy.”

Also in 1959, “The Happy Organ” by Dave ‘Baby’ Cortez topped the charts and stayed there for just a week.

Again in 1959, Elvis Presley made his first entry on the UK charts with “Heartbreak Hotel.”

Also in 1963, The Beatles started a 30 week run at No.1 on the UK album charts with their debut album ‘Please Please Me’, making it the longest running No.1 album by a group ever.

Also in 1964, the Grand Hotel in Bristol England refused to serve the Rolling Stones because they weren’t wearing jackets or ties.

In 1967, the ABC-TV special “Rodgers & Hart Today” was telecast. It starred Bobby Darin, the Supremes, Petula Clark and the Mamas & the Papas. 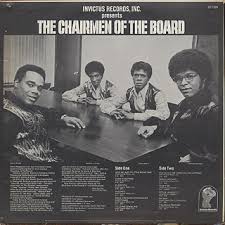 In 1970, the Chairmen of the Board were awarded a Gold Record for their biggest hit, Give Me Just a Little More Time. The Detroit group recorded three other songs in 1970, with just moderate success.

Also in 1970, The Beatles‘ recording of Paul McCartney’s “The Long and Winding Road” was released as a single in North America. Recorded at the end of January, it became the Beatles’ 20th and last #1 song in the U.S.

Still in 1970, the triple album “Woodstock” soundtrack was released on Cotillion Records.  It went Gold within two weeks.

In 1972, John Lennon appeared on ABC TV’s “Dick Cavett Show” (with his wife Yoko Ono) and said that the FBI had tapped his phone. He believed officials wanted him deported. Twenty years later proof was found that the Nixon administration regarded John to be a dangerous subversive.

Also in 1972, Rick Nelson recorded what would be his final Top 10 hit (and his first in a decade), “Garden Party.”  The number was based on Rick’s Madison Square Garden experience in which he was booed off stage for playing country-tinged tunes.

In 1973, in a concentrated three-hours of creativity, Stevie Wonder wrote and recorded his funk composition “Higher Ground.” Utilizing overdubs, Stevie played all the instruments on the future Top 5 track’, including drums.

In 1974, Steely Dan‘s biggest hit “Rikki, Don’t Lose That Number” was released on the ABC label.

Still in 1974, Led Zeppelin attended Elvis Presley‘s show at the Los Angeles Forum. After a shaky start to the show, Elvis stopped his band and jokingly said: “Wait a minute…if we can start together fellas, because we’ve got Led Zeppelin out there, let’s try to look like we know what we’re doing.”

In 1975, Cher‘s new boyfriend, Gregg Allman of the Allman Brothers, appeared as a guest on her CBS-TV show. The two sang a duet “Don’t Mess Up a Good Thing.” 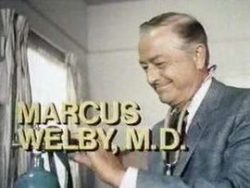 In 1979, bluegrass guitarist Lester Flatt, who with his partner Earl Scruggs is best remembered for the theme song for “The Beverly Hillbillies” (The Ballad of Jed Clampett), suffered heart failure after a long illness and died at age 64.

Also in 1979, Peaches and Herb were awarded a Platinum Record for their huge hit “Reunited.”

In 1981, reggae icon Bob Marley succumbed to lung and brain cancer in a Miami hospital at the age of 36. “Rastaman Vibration” was the highest-charting album by Bob Marley & the Wailers, reaching Billboard’s top 10 in 1976.

In 1982, actor Cory Monteith was born in Calgary, and later became a resident of Victoria, where he attended the public school system.  He was best known for his role as Finn Hudson on the Fox television series Glee.  He had a troubled adolescence involving substance abuse from age twelve; he left school at age sixteen. After an intervention by family and friends, he entered drug rehabilitation at age nineteen. On July 13, 2013, he died in a Vancouver hotel room at age 31 of a toxic combination of heroin and alcohol. Also in 1989, in New York Roy Orbison was posthumously inducted into the Songwriters Hall of Fame. His widow, Barbara, received the award from Eric Clapton.

In 1990, singer Ritchie Valens (“La Bamba,” “Donna”) was honored posthumously with a star on Hollywood’s Walk of Fame, 31 years after his death in a plane crash.

In 1995, Jimmie Vaughan, Eric Clapton, B.B. King, Buddy Guy and Robert Cray reunited for a tribute to Stevie Ray Vaughan in Austin, Texas, the late blues guitarist’s hometown. All five played with Stevie Ray at his last concert Aug. 26, 1990, just before his death in a helicopter crash.

Also in 1998, country/pop singer Eddy Arnold, just days away from his 80th birthday, announced his retirement from show business.

In 1999, Shedaisy returned to their hometown, Salt Lake City, to sing at a charity dinner benefiting the Karl Malone Foundation for children’s charities. The performance was the first in their hometown for sisters Kristyn, Kelsi and Kassidy Osborn since the release of their debut album, “THE WHOLE Shebang.”

Also in 1999, CBS announced that it would provide high-definition prime-time programming beginning in September.

In 2002, more than 500 Michael Jackson fans held a demonstration outside the Sony records building in Berlin, complaining that the label hadn’t promoted the singer’s latest album ‘Invincible.’

In 2003, suffering from cirrhosis of the liver, bassist Noel Redding of the Jimi Hendrix Experience died at his home in Ireland at age 57. Redding played on the classic Hendrix albums ‘Are You Experienced’, ‘Axis: Bold as Love’ and ‘Electric Ladyland.’

Also in 2003, the “Brake My Wife Please” episode of the FOX-TV cartoon hit “The Simpsons” featured singer Jackson Browne in a duet with Homer on the soundstrack.

Also in 2005, former Led Zeppelin guitarist Jimmy Page played “Whole Lotta Love” before the opening bell at the New York Stock Exchange. The performance was in celebration of Warner Music Group’s (WMG) I.P.O. the day before.

In 2008, drummer John Rutsey, a founding member of the Canadian band Rush, died in his sleep of an apparent heart attack related to his lifelong affliction with diabetes at age 54.

Also in 2011, the three surviving members of Pink Floyd performed together for the first time since ‘05’s Live 8 concert (and for only the second time in 30 years). David Gilmour and Nick Mason joined Roger Waters during the latter’s show at London’s O2 arena.

Stil in 2011, “Hot Sauce Committee Part Two,” the eighth studio effort from The Beastie Boys, made its debut at #1 on Billboard’s Alternative Albums, Rock Albums and Hip-Hop Albums charts, and #2 on the Hot 200.

In 2013, trumpeter and bandleader Ollie Mitchell, who played in big bands for Harry James, Buddy Rich and Pérez Prado, who played in  The Wrecking Crew and in Herb Alpert’s Tijuana Brass, as well as the NBC Symphony Orchestra, succumbed to cancer at age 86.

In 2014, bass guitarist Ed Gagliardi, the original bass player for the 1970s rock band Foreigner, lost his eight-year battle with cancer at age 62. Gagliardi had been sacked by leader/guitarist Mick Jones in ’79 following the group’s sophomore set “Double Vision.”

In 2015,  FOX cancelled American Idol after 15 seasons, with one final competition to air in early 2016. The show, hosted from the start by Ryan Seacrest, has since been revived by ABC.

In 2017, Joe Bonamassa took home the B.B. King Entertainer of the Year and Guitarist of the Year honors at the Blues Foundation’s 38th annual Blues Music Awards in Memphis.

In 2018, Scottish singer, songwriter, and guitarist Scott Hutchison, the founding member and primary songwriter of the indie rock band Frightened Rabbit, with whom he recorded five studio albums, died by his own hand at age 36.   He was a victim of a mental illness.

Actress Pam Ferris (Call the Midwife, Where the Heart Is, The Darling Buds of May) is 74.

Drummer Mark Herndon of Alabama is 67.

Country singer Tim Raybon of the Raybon Brothers is 59.

Bassist Keith West of Heartland is 54.

Cellist Perttu Kivilaakso of Apocalyptica is 44.

Actor Austin O’Brien (Promised Land, Touched By an Angel) is 41.

Actress Kara Taitz  (The Hard Times of RJ Berger) is 41.

Model/TV producer/TV personality Blac Chyna (Rob & Chyna, Keeping Up With the Kardashians) is 34.

Musician Howard Lawrence of Disclosure is 28.

Thursday in Broadcast History .. May 27th

Wednesday in Broadcast History .. May 25th

Tuesday in Broadcast History.. May 24th