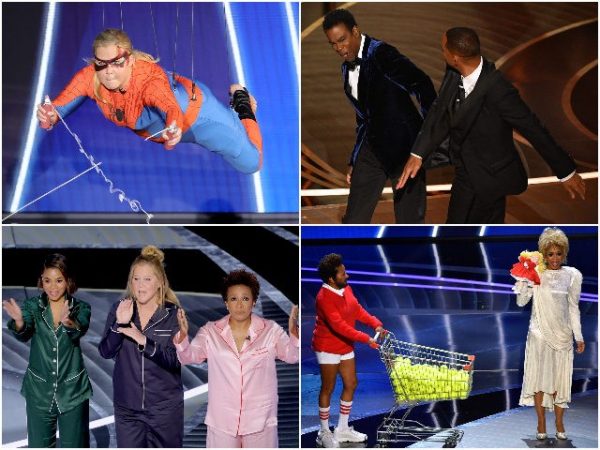 A paltry 15.4 million viewers tuned into Sunday night’s debacle of an Oscar telecast, the second-worst in the history of a telecast that just a few years ago was attracting 30 to 40 million viewers without breaking a sweat.

For context, back in 2017, when the Oscars earned 33 million viewers and 9.1 million demo viewers in the 18-49 age group, people were freaking out over the plunge in public interest.

Well, Sunday night, the number was less than half that 33 million… That’s how bad things are.

The left-wing Hollywood Reporter uses the word “rebound” in its ratings headline. What a joke. By any definition, this is no rebound. Sure, it’s an improvement over last year’s utterly devastating 10.4 million number, but that’s all it is. A return to 30 million-plus viewers is the only thing that would qualify as a rebound.

Before last year, no Oscar telecast in history had ever dropped below 20 million viewers. That’s how bad this 15.4 million number is.