actor Will Geer was born William Auge Ghere in Frankfort Indiana.  At the end of a 45 year film career he found the role with which he will be forever identified (above), as Grampa (Zebulon Walton) on the CBS TV series, The Waltons. He died midway through the series Apr. 22, 1978 of a respiratory ailment at age 76.

In 1921, actor Carl Betz was born in Pittsburgh.  He was a radio announcer who took up acting, and starred in two successful TV series, as the husband (Dr. Alex Stone) on The Donna Reed Show, and as the title character in Judd for the Defense.  He succumbed to lung cancer Jan 18, 1978 at age 66.

In 1922, radio station KJR Seattle, began broadcasting.  It became an NBC affiliate, was a rock powerhouse in the 60’s, and since 1991 has been total Sports Talk. 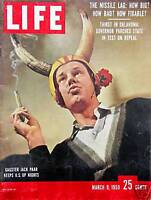 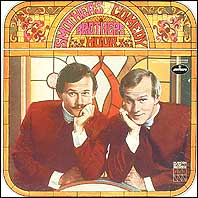 In 1973, CKNW’s longest-serving all-night host Gerry Davies worked his final shift after two decades, and turned the mic and turntables over to Jack Kyle, who’d been bounced from his afternoon commute hours by newcomer Wayne Cox.  For much of his tenure Davies had been heard seven nights a week, only one of them pre-taped so he could take a night off. 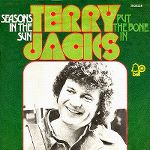 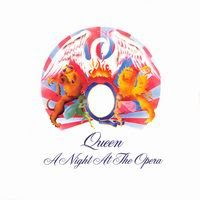 Also on this date in 1985, bandleader/songwriter/record producer Robert (Bumps) Blackwell died of pneumonia at age 66.

Also in 1996, David Clayton-Thomas of Blood, Sweat and Tears, John Kay of Steppenwolf, Denny Doherty of the Mamas and Papas, Zal Yanovsky of the Lovin’ Spoonful and rock guitarist Dominic Troiano were inducted into the Juno Hall of Fame. At the same ceremony in Toronto, Ronnie Hawkins was honoured with the Walt Grealis Achievement Award for his contribution to the development of the Canadian music industry.

Also in 2004, singer Tom Jones was banned from wearing tight leather pants by his own son and manager Mark Jones. His son said it was time to “dress his age” as he was in danger of becoming a laughing stock at age 63.  In 2005, Dan Rather did his last “Dan Rather Reporting” radio segment for the CBS Radio Network after 20 years. (Rather also left as anchor of TV’s CBS Evening News on this date.) .

Also in 2015, actor Windell D. Middlebrooks was found dead following a fatal pulmonary embolysm at age 36. Although he worked on TV’s The Suite Life on Deck, My Name is Earl and Hannah Montana, he is remembered by most as the straight-talking Miller High Life delivery guy on a series of beer commercials.

In 2017, Metallica’s “Hardwired… To Self-Destruct” jumped to #2 on the Billboard 200 album chart (behind Ed Sheeran’s “Divide”) with an over 200-percent jump in sales after the record was bundled with ticket purchases for their summer tour.

Actress Trish Van Devere (One Life to Live, Search for Tomorrow) is 81.

Singer Mark Lindsay of Paul Revere and the Raiders is 80.

Actress Jaime Lyn Bauer (Days of Our Lives, The Young & the Restless) is 73.

Actress Lauren Koslow (Days of Our Lives, The Bold & the Beautiful) is 69.

Choreographer/talent judge Mary Murphy (So You Think You Can Dance) is 65.

Actress Finn Carter (As The World Turns, Missing Pieces) is 62.

Drummer Shannon Leto of 30 Seconds To Mars is 52.

Actor Rupert Evans (The Man in the High Castle, Rogue) is 46.

Actress Cierra Ramirez (The Fosters) is 27.