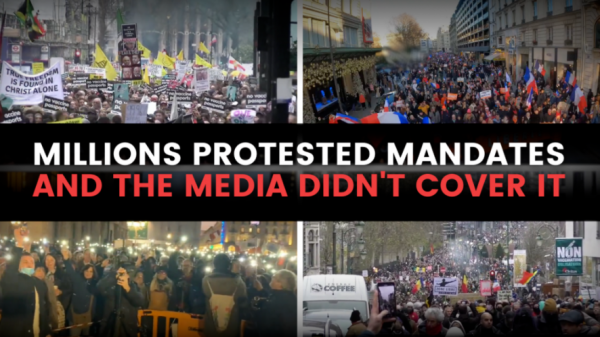 Protests against tyrannical vaccine mandates outsize the Occupy Wallstreet protests – so why aren’t we hearing about them?

The global protests that happened this weekend were of a size and scale rarely seen on the planet.

If the media were honest in their roles, they would have fairly reported on it – but they didn’t.

Compliance with tyranny is not the best strategy if you value freedom. Obviously.

That is why MILLIONS of people from every corner of the world gathered in protest over the weekend.

Our recent story, which we spent all weekend meticulously preparing, documents the brave and righteous fight of so many who were willing to take a stand for what is right.

The corporate media is ignoring this – but here at The Counter Signal, we just don’t roll that way.
Keep fighting for what is right,