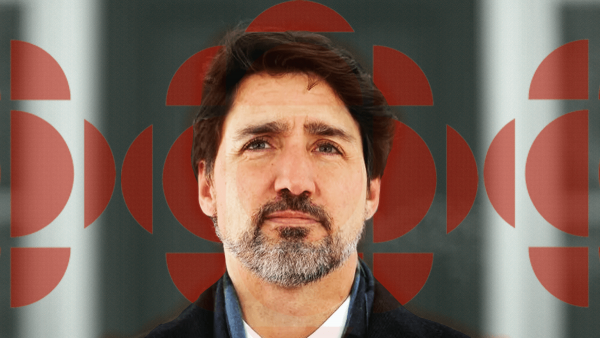 The CBC has announced it will turn off Facebook comments due to verbal attacks on their journalists. According to Post Millennial News, CBC Editor-in-chief Brodie Felton claims the reasoning is based on the fact that mental health of journalists is now “too fragile to allow public commentary.”

Cultural Action Party will expand upon the information delivered by Post Millennial News. Why is it that present-day society finds itself with such extreme divisiveness between media and the public? Interesting to note how a similar chasm exists between government and the Canadian people.

A sense of public frustration has seeped into society as never before. Cultural Action Party has not a shred of regret in stating that the development kicked into overdrive the day Justin Trudeau became prime minister of Canada.

Are there specific reasons for a “Government/Media versus The People” social dynamic? The answer is found in the ever-widening gulf between the will of controlling institutions, and the will of the public.

The farther government moves away from administering public will, the greater the resentment among the population–particularly in a society accustomed to democratic governance.

It is within non-democratic societies that a dichotomy of this nature is standard. Communist, totalitarian and theocratic governments make all decisions independent of public will.

Therefore, it makes sense that the more our ruling government employ authoritarian decision-making, the greater the degree of divergence between government and the people.

In 2021, CBC are at the point where their writers just cannot take it anymore:

“The president of CBC/Radio-Canada, Catherine Tait, has also written about the increased abuse of journalists on social media, especially women and journalists of colour, and the threat such attacks pose to free speech and democracy.”

Let’s take a moment to consider this statement: Of course, Ms. Tait could not get through it without branding Canada racist, or at the very least, using the “race card” to justify cancellation of social media public commentary.

Beyond this, what we find is a standard of “globalist inversion process.” Ms. Tait accuses CBC readers of an attack on free speech, when in reality it is the comment cancellation that represents a diminishment of freedom of speech.

How boss-man Justin Trudeau this is. “For journalists,” Tait continued, “there is no more important issue than the ability to report without fear of reprisal.”

To what can we attribute the extremity of the reprisal?  Is it possible that flexibility or adaptation from CBC would lessen the vitriol? It makes good sense–but it will not happen.

Justin Trudeau and his party are the same– all responsibility rests on the shoulders of the public. It is not Trudeau’s immigration policy that exacerbates racism– it is the racist beliefs of the public. The same dynamic exists within government and media, because in truth, these entities have become fused at the core.

Editor-in-chief for CBC, Brodie Felton, “blames readers who comment for a decline in public discourse, saying that the conversation on social media suggests we have a problem.”

No– it is you who has a problem– because it is your viewership and click rates that are tanking as a result of CBC working for the Liberal government. Audiences are believing less and less in the idea that CBC is in the business of objective news reporting.

Public trust will continue to erode for as long as the Liberal-CBC partnership exists. Justin Trudeau wouldn’t alter his Great Reset agenda if the rock of Gibraltar fell on his head, and neither will the CBC.

It is this cast-in-stone methodology which keeps the anti-government/media ball rolling toward some form of breaking point. CBC journalists say “they do not feel supported by newsroom leaders; that they do not have the tools they need to handle the trauma they are absorbing.”

“Some said they are still finding themselves sobbing after meetings, between meetings, on calls during work, or when the day ends.”

Place responsibility where it belongs. Whatever form of “silent revolution” that PM Trudeau is hiding from the people of Canada is the fundamental reason for social discord in Canada.