A little bird whispered in our ears that long time Vancouver radio gal Jody Vance ( pictured on your extreme left!) will be filling in Monday to Thursday afternoons on cknw for the next three weeks. RUMOUR has it former CBC anchor Mike Killeen may be moving into the Black Tower in three weeks as the permanent host.

Editor Note: Dr Fauci’s emails have been released. The world shall awake, finally! 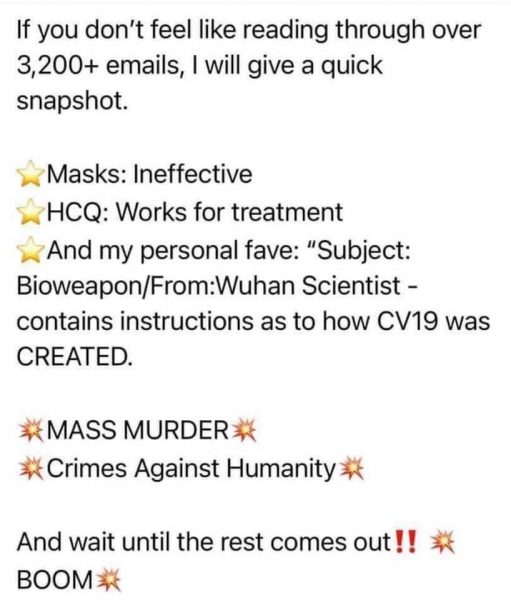