The Pandemic on Television, by Jon Rappoport 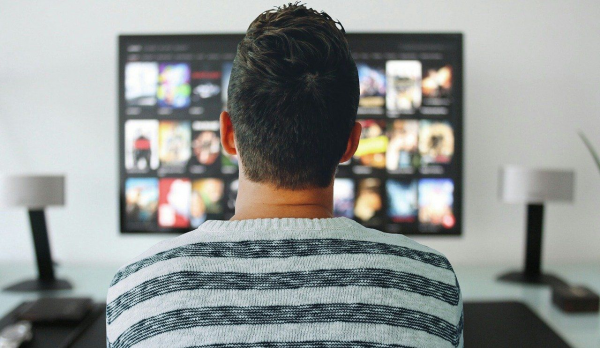 It should be obvious to all but the most addled minds that television news anchors, their script writers, and editors never question the following (false) assertions:

SARS-CoV-2 is real. It was discovered and sequenced.

The test for the virus is accurate.

Every positive test denotes a “case of COVID-19.”

The case numbers and death numbers are accurate.

Masks, distancing, and lockdowns are necessary, in order to prevent further spread of the virus.

The COVID vaccine is safe and effective.

People who take the vaccine should nevertheless continue to wear masks and limit their exposure to non-family groups.

Therefore, of what value is the news? Instead of elaborate broadcasts, why don’t the networks simply present, once a day, announcements from CDC spokespeople delivered from bland bureaucratic offices?

The answer, of course, is: commercials. Ad revenues. News divisions are expected to make money. They’re not public charities.

News also dresses up content. Instead of a CDC bureaucrat saying, “4000 new cases in Michigan today,” Norah can say, “ALARMING REPORT OF 4000 NEW CASES IN MICHIGAN,” with accompanying quick cuts of charts and graphs, footage of people waiting in line for the vaccine and lab workers fiddling with vials and EMT personnel wheeling a patient down a hospital corridor and Anthony Fauci sitting in the Oval Office across from Joe Biden.

Cut to the Michigan governor at a podium: “The pandemic is far from over. We have a lot of work to do…”

A general in full-dress uniform tells Norah, “Right now, we’re working on a vaccine that will protect against any virus, even ones we’ve never seen or discovered…”

For 60 seconds, two talking heads offer points of view on “the disproportionate dispensing of the vaccine to minority communities.”

A U of Michigan assistant athletic director speculates on whether home football this fall will be played in a packed stadium.

And “We’ll be back after this.”

COMMERCIALS. A drug that causes heart attacks. A drug that causes brain damage. A public service announcement for COVID vaccination. Chevy truck. Teaser for upcoming premiere of a new CBS cop show. One dollar special for double burger and fries and egg and bacon and cheese breakfast at McKing. Save money on your car insurance, click or call. Thick or thin crust, square or round pizza. A drug that makes your hair fall out. Tires that hold the road in the Arctic. Teaser for upcoming special: A Life Well Lived, the Man Who Changed America: Anthony Fauci.

Truth be told, thousands of people could do it, could head up network television news coverage. The quality of American education aside, there are still MANY literate high school and college cheerleaders, drama majors, athletes, and self-assured nerds who could stand in for these high-priced anchors and deliver the goods.

If you peruse the bios of Lester Holt and David Muir, for example, you find they worked their up through positions as local anchors—meaning news readers. They also, up close and personal, “covered hot spots around the world.” Plane crashes, revolutions, hurricanes. In other words, they spoke with official sources in those places, and repeated the official versions of events, while standing under umbrellas whipping in the rain or on evening city rooftops wearing a Dan Rather-style bush jacket or flak jacket.

It goes without saying that network talent spotters are looking for young stars who are INCURIOUS. No digging beneath the surface on stories. Instead—shift horizontally across the top layer and find sweet spots that align with politically designated objectives, when necessary.

“I really like this kid in Cincinnati. He has good teeth, a strong jaw, and his hair looks like it’s made out of iron. Smooth baritone. Occasional self-effacing smile.”

“We can work with that. Road trips. Send him to the Ukraine for a few weeks, Poland, El Salvador. Give him some seasoning. Hey, David Muir’s doing all right and he looks like he just stepped out of a men’s underwear catalog.”

“The Cincinnati kid played football at a small college in Nebraska. We could put him with the Bengals reporting on racial issues. That ought to give him a rough edge or two…”

“Wait. Here’s a red flag. Three months ago, he had this lawyer on his broadcast. The lawyer’s filing a suit against a university lab. Claims the COVID PCR test is spitting out false-positives like a fire hose.”

“Crap. Was it just a one-time screw-up?”

“No. Our boy tried to take it further. He brought a crew to the university lab. Got some quotes from techs there.”

“That’s not good. He’s an anchor and he thinks he’s making the news.”

Indeed, that isn’t good. Anchors don’t make news. They don’t ferret it out. They take what’s there and make it sound important.

You or I could go into a college drama department, stand in front of a hundred students, and say, “We’re looking for people who can read text without mistakes and make it sound important”—

And voila, we’d discover a few young men and women who could, with a few weeks of training, assume the role of a local TV news anchor and do a credible job.

In the history of television news, I know of two elite network anchors who—if not in their coverage of stories, but in their manner and attitude—transmitted a significant dissatisfaction with their roles, their limitations, and their virtual imprisonments: Peter Jennings and Jessica Savitch.

Jennings came across as “the man who knew more but wasn’t allowed to report it.” Savitch was a tiger caged at a circus, pacing back and forth in her cell, angry, wanting to rip the bars and jump out. Savitch died at 36, Jennings at 67.

Jennings managed to keep on his staff, for six years, an ACTUAL medical journalist, the late Nick Regush. Regush spent many hours digging below the surface. For example, in 1999, in a blistering ABC report, he expressed serious doubt that the Hepatitis C virus exists. After his departure from the network, he echoed that report:

“Consider this a challenge in progress. This scientific adventure raises the question of whether the hepatitis C virus, blamed for a major silent epidemic of liver disease and even cancer, actually exists. That’s right. You read this correctly: I am raising a question that may disturb scientists and hepatitis C patients alike. But I’m raising it anyway because it is vital to do so in the interests of public health. I’m issuing a challenge to the scientific community to present me with the published, peer-reviewed scientific evidence that such a virus actually exists—namely that it has been properly isolated, according to accepted, fundamental principles of virology.”

Were Regush working for ABC today, he would last about five minutes before being fired.

(To read about Jon’s mega-collection, The Matrix Revealed, click here.)

I subscribe to Jon Rappoport and will tell you all that John is THE REASON I stopped believing in this FAKE virus more than a year ago.

In other news……Jody BROWN SHIRT Vance keeps up her genocide agenda by promoting the FAKE NEWS jour-nose whom are spreading lies about the FAKE virus, the FRAUD PCR test and the POISON Non-vaccine vaccine. Write down their names…….they need to be held accountable when the Global Revolution starts…..

Lester Holt is a news reader. Something he’s very good at. That’s it. His opinions aren’t valued.