End Of The Road

Formed in 1988, Boyz II Men are from Pennsylvania in the U.S. Consisting of 3 members, who have many hits associated with the group, including the 1992 hit End Of The Road
Boyz II Men
1992
… 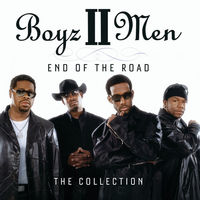 Chuck Benson – Started his broadcast career in 1960 as a writer at CKYL, Peace River, AB, where in 1965 he won the Gold Leaf Award (now called the Juno) for Top Disc Jockey for Canada. From there, a brief stint at CFRN, Edmonton, AB as Promotions Manager for AM/FM Radio. Then in ’62 helped open CKNL Fort St. John, BC. In ’68 Chuck and two others (Ernie Mushtuk and Ernie Mykyte) started up Yellowhead Broadcasting Ltd out of Edson, AB, eventually ending up with satellites in Grande Cache, Jasper, Whitecourt and Hinton, AB. He sold his interests and moved to Vancouver, ending up with CFVR, Abbotsford as General Sales Manager, then Manager of CHPQ, Parksville, and eventually as a Sales Consultant with CIGV-FM in Penticton. Chuck is retired from broadcasting and living with his wife in Parksville on an island in the Pacific