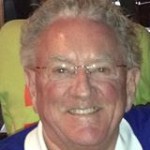 THE PLOT AGAINST AMERICA!

The biggest threat to America is not China. It’s not Russia. It’s not ISIS or any other global terrorist group. It’s the radical left of the Democratic Party.

Prior to Covid-19, the “misery index” in America was very low – employment was an all time high, Americans had more money (because of Trump’s tax cuts), unemployment was at record lows, including Blacks, Hispanics and women. Had the election be held in January, Trump would have won reelection in a massive landslide. It was a no brainer.

Then, the China originated virus hit the world and America. President Trump reacted quickly, shutting down travel from China and Europe. America was completely unprepared for such an overwhelming pandemic – NO medications, NO supplies including ventilators. Trump rallied private industry and government agencies to work together to develop supplies and to research and develop medications and a possible vaccination.

The so called experts (supported strongly by Democrats!) said SHUT DOWN THE COUNTRY! Many states imposed very strict regulations that closed businesses, shut down schools. People were confined to their homes, while many had lost their jobs. The MISERY INDEX exploded. The radical left Democrats quickly saw the “misery index” was the pathway to beat President Trump in November and gain control of the Senate and House of Representatives. SO, Democratic Mayors and Governors continued to push for shutdowns (to increase the Misery Index!!!!).

BUT, the Covid-19 shutdowns was NOT enough – the far left radicals wanted more – SO, they created “protests”, alleging the protests were PEACEFUL. Absolutely FALSE! These so called protests quickly became violent, causing destruction of property, fires, looting, shootings and even murders in many cities – all run by Democrats! These radically left run cities (and states) have NOT protected their citizens or property. They have enabled CRIME even defunding Police (further enabling criminals!!!!!).

Folks, it doesn’t take a genius to see these efforts have been extremely well organized and funded – they have Not been spontaneous. ALL with the intent of increasing the “misery index” – Americans very, very unhappy. THAT, the far left radicals believe, is THE way to gain POWER in November. POWER over Americans. POWER over business. POWER over individual rights.

The far left agenda is simple. They plan to REINVENT America, change America to their far left agenda, policies and CONTROL. They plan to INCREASE TAXES, eliminate many of Trump’s pro business policies and go back to business controls, which will drastically harm our economy. They want OPEN BORDERS and to allow illegal immigrants to VOTE (translated this means for total Democratic control for decades!!!!). It is all about POWER and Socialism.

My statements are NOT “theories” – sadly, they are facts happening in real time. IF Joe Biden and the radical left take control, America will NOT be the same – not even close. It is beyond scary, it is a living nightmare.

WAKE UP, AMERICA! Do not be fooled. IF you investigate, you will find out everything said is true. No matter what you think of Donald Trump as a person, we MUST reelect him as President in November AND the GOP must win control of the House of Representatives and Senate. President Trump can and will lead America back to prosperity, restore law and order and defeat Covid-19. There is NO other viable option.