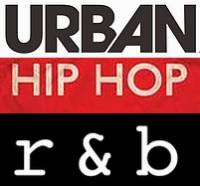 According to ROLLING STONE, a rep for iHEARTMEDIA says, “that the company is in the process of removing ‘Urban’ from job titles, adding that it has already transitioned away from it and into more descriptive and specific names such as Hip-Hop and R&B.”

In addition, ROLLING STONE is reporting that multiple major music label execs and other industry sources are saying that iHEART owned MEDIABASE is planning on renaming its radio airplay charts that use the “Urban” term.

An iHEARTMEDIA spokesperson confirmed this, telling ALL ACCESS, “I can’t speak for MEDIABASE, but I can confirm we are no longer using it. The term ‘Urban’ is definitely outdated. It was created back in the 1970s by the legendary DJ FRANKIE CROCKER, one of the pioneers of Black radio in NEW YORK. ROLLING STONE asked, as BLOOMBERG also reported about a month ago, we were dropping the term.

“We have transitioned away from it and use more descriptive and specific names such as Hip-Hop and R&B for everything,” the spokesperson continued. “We already didn’t use it to reference our Hip-Hop and R&B stations as ‘Urban’ on the air, but now we are also no longer using the term ‘Urban’ internally or when referencing the format within the music industry. This includes job titles, etc.”

The format designation of Urban reportedly will become “Hip-Hop/R&B” and the Urban AC chart would be “R&B,” however, a MEDIABASE spokesperson told ALL ACCESS: “We haven’t made any official decision yet.”