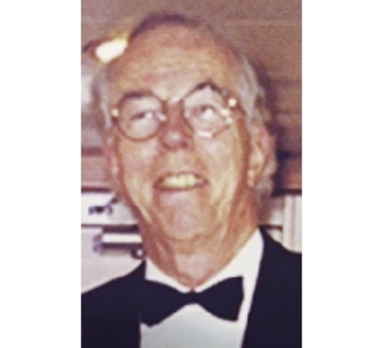 It is with great sadness that we announce the passing of David Liddell on May 24, 2020 in Lions Gate Hospital, North Vancouver, following a two-month illness and two strokes.

David was born in Vancouver, the only child of Leslie and Florence Liddell. His mother instilled in him a love of literature and the arts, and his father a love of trains and travel. As both his parents were from large families, David had many cousins he enjoyed visiting over the years, in Canada, California and England.

David is survived by his beloved wife Elizabeth, his brother-in-law and sister-in-law, Robert and Barbara Smiley; his two adored nephews Ryan and Dustin (Katrina), and his great-nephew, Bennett.

David lived a great part of his Life in West Vancouver, when he was not living and working in Toronto, Edmonton, Portland and, in West Africa (Ghana) where he was working for the Canadian Government in the implementation of Ghana’s first television station.

David travelled extensively during his lifetime for both business and pleasure, including making dozens of trips to California.
He spent many interesting years during and after his UBC studies, working for CBC Radio and Television in Vancouver and Toronto and, as such, he was a long-time member of the CBC 20-Year Club.

David joined Rogers Cablesystems (formerly Vancouver Cablevision) in 1970 as Program Manager, to pioneer and establish Community Television in Western Canada. With his extensive and successful background in broadcasting (most notably with CBC and the Federal Government), David introduced innovative and lasting concepts to Community Television in Canada. When Vancouver Cablevision was purchased by Rogers Communications, he later became VP, Programming.

Community television was where his heart led him and, in the words of one of his colleagues and friend: “David’s approach to all things at work was subtle, nuanced and always engineered with a view to achieving an end result that would keep everything balanced, in harmony and moving forward to accomplish a mutually beneficial end goal. Not many managers can accomplish this but David had a natural talent for it, and threaded through this was his sense of humour.”

In the late 1980s, he attended the Executive Program at Queen’s University, and he was always eager to learn new things, particularly technical in nature. If he couldn’t be talking about or engaging in technical pursuits, he loved to read and discuss all levels of politics.

Over the years, David served on numerous Committees for the District Municipality of West Vancouver. He experienced great enjoyment from being a life-long amateur radio operator and his office at home was partly his ‘radio shack’ and he enjoyed a long and happy association as a member of the Point Grey Amateur Radio Club (PGARC). He was a life-member of the Society of Motion Picture & Television Engineers; a member of the Academy of Canadian Cinema & Television; the National Association of Broadcasters; as well as the PROBUS Club of the North Shore; and the West Vancouver Historical Society.

Those who had the privilege of knowing David knew him as a gentleman with great personal integrity; he was selfless, generous and giving to his staff, colleagues, family and friends. He will always remain in our hearts.

In lieu of flowers, anyone wishing to make a donation in David’s name, could send their gift to the B.C. Heart and Stroke Foundation. http://www.heartandstroke.ca/. Condolences my be sent to Hollyburn Funeral Home, 604-922-1221.

This obituary originally appeared in the Vancouver Sun & Province.