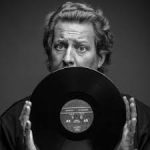 .
The roots of today’s modern radio broadcasting can be traced to the spring of 1920 (I detail some the history of Canada’s crucial role here). Since then, hundreds if not thousands of songs have been written about radio, listening to the radio, music on the radio, and the people on the radio. Here are 10 songs written about real-life stations, DJs, and personalities.

1. Rush, The Spirit of Radio

In January 1980, I brought my friends over to listen to Permanent Waves, the new album from Rush. As it played, I read through the liner notes of the song that appeared on side one, track one. At the bottom was a note: inspired by The Spirit of Radio in Toronto, alive and well (so far). “My favourite band wrote a song about a radio station?” I thought. “Cool!” At that point in my high school years, I’d already been thinking about radio as a career. Never did I imagine that I’d end up working at that same station: CFNY-FM, now 102.1 the Edge.

At the time, CFNY was running out of a little yellow house in Brampton, using a woefully underpowered transmitter. Yet the station had achieved a cult following because of its eclectic playlist and its slogan, “The Spirit of Radio.” Rush took note, asked permission to use that slogan as a song title, and the rest is history. The full story will be told later this month in the new box set reissue of Permanent Waves.
.
.

2. The Guess Who, Clap for the Wolfman

Growing up outside of Winnipeg in the 1970s, the Guess Who were inescapable. With three AM top 40 stations — CKY, CKRC, and CFRW — chances were good that every time you turned on the radio, one of them was playing something from the band. In 1974, the group released a single with an odd guest vocal from some gravelly voiced dude. The whole song was an homage to Wolfman Jack, the infamous DJ who used to blast his rock’n’roll show across the U.S. from insanely powerful transmitters in Mexico just over the U.S. border through the 1960s.

These “border blaster” stations — running at up to 500,000 watts, 10 times more powerful than the maximum allowable in Canada and the U.S. — could be heard over thousands and thousands of square miles. Wolfman Jack and his weird act became extremely influential when it came to breaking new singles. If he rated your record high, chances were you were going to have a hit.

The Wolfman later moved to television and movies. He also had his own recording career, releasing songs like Boogie with the Wolfman in 1965. After appearing as himself in American Graffiti in 1973, the TV and movie offers started flooding in. He died of a heart attack on July 1, 1995, at the age of 57.

But the Guess Who weren’t the first band to pen a tribute to the Wolfman. In 1972, Todd Rundgren’s double album, Something/Anything?, featured a song entitled Wolfman Jack on side one, part of the collection’s so-called “Bouquet of Ear-Catching Melodies.”

FIND THE REST OF THIS GLOBAL NEWS FEATURE  HERE.

6. The Clash, Capital Radio One (and Two)

9. Tom Petty and the Heartbreakers, The Last DJ

10. The Tragically Hip, My Music at Work