Vancouver and Victoria stations have won a number of regional TV & radio Edward R. Murrow Awards.   News 1130 CKWX Vancouver got two, as it was recognized in the Multimedia category and for its News Series ‘Still Fighting’ on the Vancouver Pride movement.

Regional honourees will now go on to be judged at the national level, with winners announced later this year. 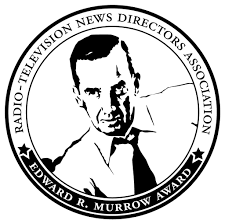