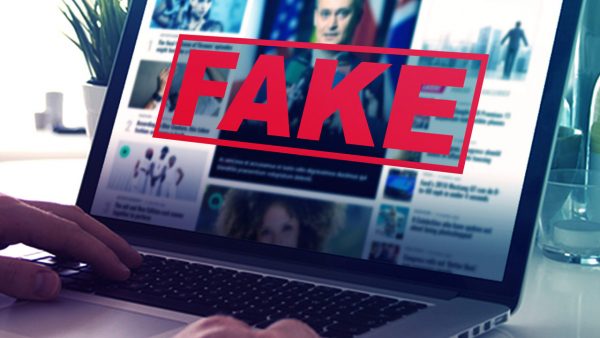 You will see or hear absolutely NONE of the following on CNN, MSNBC, CBS, NBC, NYT, WAPO, CBC, BBC, or any other Liberal Media Outlet.

There is a lot more to come on the Democratic Party and their attack on Democracy .

There will be months of information gradually released that will prove beyond a doubt that it was in fact the Obama Administration and the FBI that were behind the whole “Russia Hoax” .

The Drip Drip Drip will continue and it will gradually reveal exactly what Susan Rice, Brennen, Clapper, Biden, Strozk, Page, McCabe, and many more of the Democratic Party establishment and indeed the Obama administration did to end the Donald Trump Campaign and then the final three years where they attempted to impeach Trump over the “Russia Hoax” .

As the true facts of the “Russia Hoax” are released and the truth is finally uncovered it will have a very damaging result on the Biden Campaign, even if Biden is replaced by Andrew Cuomo the result of the DOJ investigation will almost guarantee the implosion of the Democratic Presidential Campaign .

Former POTUS Barack Obama called out for the “Rule of Law” I believe he may actually soon experience what the “Rule of Law” really is, his minions are in very serious trouble and there is a good chance the Democrats will see disastrous results for the House and the Senate in November .

There is also absolutely NO News of the attached Election Results on the Liberal/Democrat Media Outlets, I wonder if these results would have been reported if it was a Democratic about to win ? Absolute silence on this from CNN and the rest .

Sooner or later CNN and the rest will be forced to report what is taking place all around them but they will do everything they can to keep anything positive about POTUS Trump or the Republican Party a secret .

Breitbart, dailmotion and Faux are credible news sources? When did that happen? As a retired news guy I have certainly never seen anything credible ooze from any of those.

Welcome to the new age. Where propaganda is truth and the lies of right wing outlets get taken as gospel. Trump as Crook-in-Chief goes after upstanding patriotic Americans while pardoning crooks and traitors. The U.S. is finished as a democracy.

Gary,
Sounds like you’re an “Industry Professional” or maybe just a satisfied consumer of fake news.
Please share with the board, your news sources.

Hey Bud,
Were you in TV, Radio or Print ?
Did you ever question any of the news copy you were being fed ?
Which news sources do you believe have credibility ?

Hey Fake. The only news sources I gave credibility to were the ones where I personally sourced the news. Wire services I left up to the listener to make their judgement upon. The faux fools above named were designed for the gullible.

you said, “The only news sources I gave credibility to were the ones where I personally sourced the news” .

So are you attempting to tell us that it is/was you and only you that has the ability to determine the validity of any story or news source based on your obvious bias ?

Please explain just what exactly makes you the authority on what is and what is not fact .

You are of course aware that several of named Obama Admin Members identified are already admitting involvement but for now attempting to legitimize their actions regarding the flawed and in fact illegal Flynn Investigation which was very obviously launched on false premise .

Just for starters, you are aware that Chuck Todd has already made a very weak excuse and apology regarding his comment regarding the DOJ, correct ? More to come on this Bud .

I suppose that Todd, MSNBC, NBC, CNN, WAPO, NYT, CBC, BBC, Don Le Mon, Anderson, Jake, Maddow, and the rest of those virtuous media outlets and other minions are beyond reproach in your professional opinion, correct ?

Haven’t we learned by now that there is too much lying across the entire political spectrum, courtesy of the MSM, around the world?
If this comes as a surprise to anyone beyond puberty, you’re in serious trouble.

Fox News Narrative About MSM Will Only Get Worse As Election Nears.

*fixed that for you*

fsm10
so another Trump hating snowflake democrat surfaces on this forum, obviously with sh-te for brains.

I look at it as a good thing. 1. Being in an echo chamber and preaching to the choir gets old pretty quick. 2. You get flack when you are over the target.

Years ago, I came across PSR when I was looking up stats on CKNW. I could not believe that they had any kind of listenership with their latest line-up. Chuck got me hooked on coming back with his Classics. The political elements that intertwined with broadcast media-centric news totally fed into my desire to better understand the world as it is presented by the media and as it is persuaded by the media. The eclectic nature of the people who make comments on here is what is not only refreshing, it also represents what I feel is a taking of the pulse in a rather localized region that I happen to live in. I could be walking past any one of you folks in my daily routine and yet would not know it. You could walk past me, but you would recognize me by my red baseball cap that says “Suhana Meharchand Is Rubbish”

Just want to say that it’s refreshing to see the moderators now not silencing commenters that aren’t right wing.

Was Bud one of those news guys who was sure that Hillary was going to win the election?

I think you are getting PSR mixed up with Twitter or Facebook, time to check your facts .

Yay…refreshing? It is previously unknown. I know from first hand experience. 😉

FSM 10 Faux news is jealous, not merely envious, of the fact that are not members of the MSM.

BCMQ If I reported on a story, you could be absolutely certain it was correct to the nth detail.

It is very well and fine to claim to be absolutely certain that any given or all news reports or stories are correct but we need only to look at the absolute”Fake” news story NBC and Chuck Todd put out only a few days ago, Todd was forced to apologize ONLY because of a follow up by the very News Channel YOU despise, FOX News .

Will you now confirm that NBC and Todd we’re guilty of mis representing the report and will YOU acknowledge the FOS report was factual ?

Over to you Bud .

You cannot have it both ways .