VICTORIA – The Board of Directors of the Greater Victoria Chamber of Commerce has selected Bruce Williams (pictured, below) to become the organization’s next CEO, effective June 15. 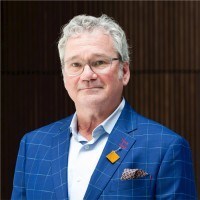 John Wilson, chair of The Chamber’s Board of Directors, says Williams was chosen after a rigorous process that examined an extensive list of candidates from across Canada.

“Bruce has proven himself as a highly capable leader in Greater Victoria. We’re delighted he’s agreed to take the helm at The Chamber as we work to restart our economy after a very challenging time,” Wilson says. “Bruce is well-known and trusted as someone who cares deeply about our community. He’s also had tremendous success connecting with people in business and government, which will be vital in his new role at The Chamber.”

Williams had been serving as interim CEO of the South Island Prosperity Partnership, which evolved from an economic development committee that originated with The Chamber. He is co-owner of the Spark Strategic Group and has served as a business executive with Bell Media and as a broadcast producer, on-air host and television anchor with CTV Vancouver Island.

Coincidentally another former broadcaster Bridgette Anderson is current CEO of the Vancouver equivalent organization, the Board of Trade.