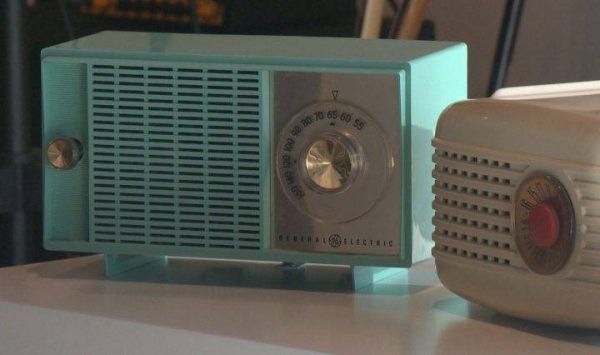 BY ALAN CROSS for GLOBAL NEWS
.

One of the most robust creatures on the planet is the cockroach. Gross things, I know, but you have to admire its tenacity. You don’t stick around through 280 million years without being tough. Not only can a cockroach hold its breath for 40 minutes, but it can live for a month without food and live up to a week without its head.

Impressive, but nothing compared to a tiny creature known as a tardigrade. Not only will one of these microscopic buggers survive the vacuum and cold out outer space (absolute zero at -273.15 C), but will also handle pressures six times greater than at the bottom of the ocean. Boil one in alcohol? No problem. And if there’s no water, a tardigrade will shrivel up into a little ball and wait patiently for years to be hydrated. No wonder these things are the only creature to survive all five of Earth’s great extinctions.

This brings me to the tardigrade of media: old-fashioned, over-the-air, terrestrial broadcast radio. It is the oldest of all forms of electronic mass media and despite many efforts to kill it off (talking movies, television, satellite radio, streaming), it’s still with us, powerful, popular, and profitable.

As radio celebrates its 100th birthday, it’s worth looking back on how Canada played a major part in its invention. Yes, Americans will have us believe that the invention of commercial radio was their thing, but I beg to differ on a few counts.

Overlooking St. John’s, N.L., Signal Hill offers a clear shot across the Atlantic to England. It’s here that Italian inventor Guglielmo Marconi took over an abandoned diphtheria hospital to build a receiving station for his wireless transmission experiments. On Dec. 12, 1901, using a temperamental spark transmitter, Marconi received a Morse code signal consisting of the letter “S” (• • •) that was broadcast from his Poldhu Wireless Station on the tip of Cornwall in the U.K., a distance of 3,500 km. As best as we can tell, the signal was broadcast at 850 kHz, roughly in the middle of today’s AM radio band.

Marconi’s “wireless telegraphy” was envisioned as competition for telegraph cables that were being laid on the seabed. As amazing as real-time transatlantic communication was, Morse code was not the most practical form of communication. Enter Canadian-born Reginald Fessenden.

While working in his lab at the U.S. Weather Bureau near Washington, D.C. in 1900, about a year before Marconi’s feat at Signal Hill, Fesseden was able to transmit and receive intelligible words through the ether. Those words were, “One, two, three, four.”