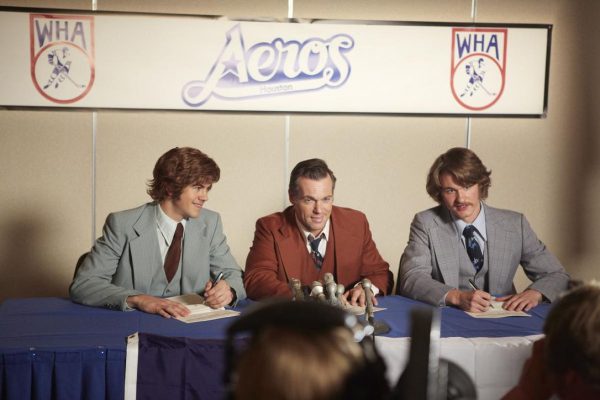 No hockey on TV? CBC is hoping to turn viewers’ attention from athletes to homegrown thespians.

The movie night unofficially kicked off last weekend with the two “Bon Cop, Bad Cop” comedies, but this Saturday will be more on brand with “Mr. Hockey: The Gordie Howe Story,” starring Michael Shanks (“Saving Hope”) as the revered Canadian NLHer at 7 p.m.

That will be followed by “Goalie” at 9 p.m., about legendary Canadian goalkeeper Terry Sawchuk, played by Mark O’Brien (“City on a Hill”).