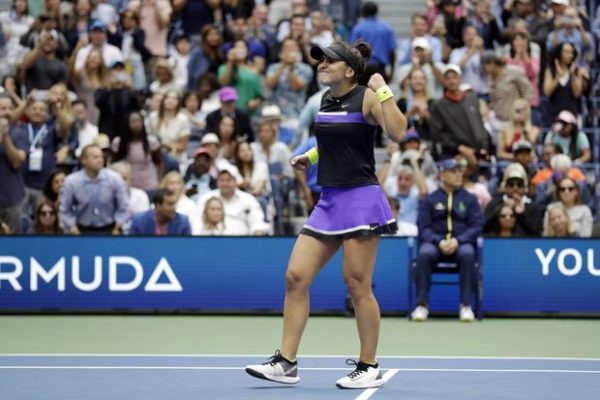 The same holds true for sports media. Over the past couple of years, one of the most interesting stories in that world has been the rise of DAZN, a global streaming service dubbed “the Netflix of sports.” Bankrolled by the businessman Len Blavatnik, who is estimated to be worth US$19-billion, DAZN (pronounced da-zone) aims to disrupt the way we watch sports as much as the introduction of cable TV blew up the cozy broadcast landscape in the 1980s.

Canadian sports fans have viewed the rise of the service, which launched here in the summer of 2017 with a massive package of NFL games and select European soccer matches, with a mix of excitement and dread.

Excitement, because after DAZN picked up a bunch of other marquee rights, including the English Premier League, some viewers chose to cut their cable cord. But dread, too: for casual fans of, say, women’s tennis, DAZN’s appearance on the scene meant they couldn’t tune in to TSN or Sportsnet whenever a women’s tennis tournament was on. Not only would they have to pay more – DAZN retails for $20 a month or $150 a year – they would also have to navigate the world of apps, which is frankly too much of a hurdle for some techno-challenged TV viewers.

That erupted into something of a national crisis last March during the BNP Paribas Open at Indian Wells, Calif., when Canadian tennis fans had to figure out two things simultaneously: 1) how to pronounce “Andreescu”; and 2) which sports channel was showing the 18-year-old unseeded newcomer destroying anyone in her path.

What they discovered to their chagrin, through a lot of frantic Googling and tweeting, was that Bianca Andreescu was nowhere to be found on their cable dial. DAZN had the rights to the WTA tournaments, which comprises all of the important matches in the women’s calendar outside of the four Grand Slam events and the Rogers Cup.

Up that point, it’s fair to say that most Canadians had barely heard of DAZN, or how to watch (or pronounce) it. And even though, when Andreescu made the Indian Wells final, DAZN said it would stream the match free on its Twitter and Facebook accounts, as well as its app, many fans missed out.

And so they blasted TSN, which owns the rights to the men’s tennis tour, for its perceived sexism in apparently ignoring the women. (For what it’s worth, the last time the WTA tournaments had been on TV, it was Rogers Sportsnet that had the rights. But that was some years ago and nobody much complained until Bianca came along.)

On Friday afternoon, TSN said it had secured the rights to nine of this year’s biggest WTA tournaments, including the Miami Open, the China Open and the Qatar Total Open, which begins airing Sunday morning at 6 a.m. ET. TSN will also air the triumphant return of Andreescu to Indian Wells next month, if she has recovered from her nagging knee injury by then.

DAZN will continue to stream those tournaments on its own platforms, though no longer on an exclusive basis.