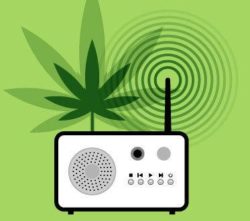 It’s the pot of gold that radio seemingly can’t touch. The exploding U.S. hemp-based CBD market could be a $2.25-$2.75 billion industry in 2020, according to Nielsen. Yet broadcasters are largely precluded from taking a piece of the CBD ad pie by an intricate thicket of state and federal laws that make accepting ads a risky proposition. Recreational marijuana, too, is a booming business in a number of states that have decriminalized it. But that also remains off limits.

A hot topic at state broadcaster meetings and across the industry, the complexities of cannabis advertising was dissected last week by Washington-based law firm Fletcher, Heald & Hildreth during the cheekily-titled webinar “Getting into the Weeds of CBD & Marijuana Advertising.”

While recreational use of pot is legal in California, Colorado, Massachusetts, Washington and a growing number of states, its sale, use and distribution remains a felony under federal law. It all boils down to a key clause in the Controlled Substances Act that makes it illegal to use “any communication facility” to facilitate “any act or acts consisting of a felony under any provision of this subchapter.”