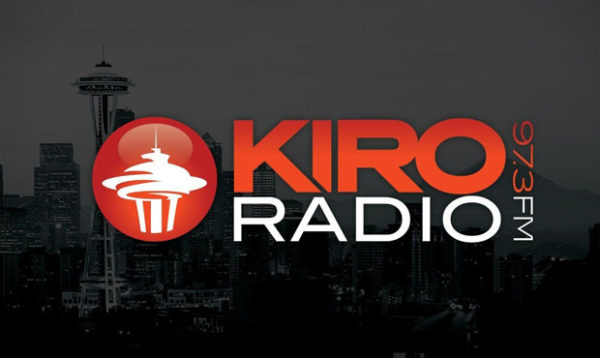 KIRO Radio 97.3 FM has announced changes to the weekday lineup.

The Tom and Curley Show, which has aired weekdays 9 a.m. to noon, moves to the afternoon drive spot, from 3 p.m. to 7 p.m. KIRO will debut a new show from 9 a.m. to noon, The Gee and Ursula Show.

“We couldn’t be more excited about what comes next,” said Mike Salk, Director of Programming for Bonneville Seattle. “These shows exemplify KIRO Radio’s mission to inform, explain and entertain.”

The changes take effect Wednesday, January 29, (and follow the cancellation of the Candy, Mike & Todd Show, which had been the 3-7 pm entry for the past year.)

The Tom and Curley Show debuted on KIRO in 2013. The show has been a ratings winner and a listener favorite ever since.

“Tom and John are at the top of their game,” said Bryan Buckalew, Program Director for KIRO Radio 97.3 FM. “They have a unique ability to tackle the news from both sides of the issue, which consistently connects with listeners.”

KIRO is proud to introduce a new show for the late-morning time slot: The Gee and Ursula Show, from 9 a.m. to noon that features two familiar voices — Gee Scott and Ursula Reutin.

Ursula Reutin is an award-winning Seattle journalist who started her broadcasting career at KIRO Radio in 1988. During the past 31 years, she’s earned numerous awards for her storytelling, including Edward R. Murrow awards for Investigative Reporting, Breaking News, and Best Newscast.

Gee Scott got his start in radio on 710 ESPN Seattle. He has hosted the Justin and Gee Show, and co-hosted the John Clayton Show. Most recently he’s hosted KIRO Nights from 7 p.m. to 10 p.m. on KIRO Radio 97.3 FM.