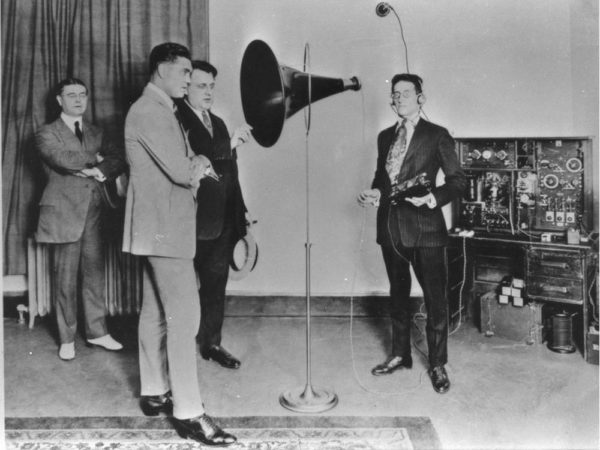 On May 20, 1920, a large group of Canada’s most eminent scholars gathered in the ballroom of Ottawa’s Château Laurier Hotel for a live concert.

The twist was that the performance was taking place in Montreal.

Two hundred kilometres away, in experimental radio station XWA on William St. in Griffintown, soprano Dorothy Lutton sang two ballads that were “quite distinctly heard in all parts of the hall” in Ottawa, the Montreal Gazette reported the next morning.

A century later, an association of antique radio aficionados and the Musée des ondes Emile Berliner are presenting a series of activities to mark the 100th anniversary of radio broadcasting in Canada.

In 1919, XWA — for experimental wireless apparatus — began transmitting from a studio in the Marconi Wireless Telegraph Co. factory in Griffintown, according to media historian Mary Vipond in Listening In: The First Decade of Canadian Broadcasting, 1922-1932 (McGill-Queen’s University Press, 1992).

That makes the station — which became CFCF in 1922 — the first in Canada, and possibly the first in the world, says Alain Dufour, a member of the Société québécoise des collectionneurs de radios anciens.

“The Americans will say they had the first,” said Dufour, a retired economist who became fascinated by early radio after falling in love with art-deco consoles.

Pittsburgh, Detroit and San Jose are among cities that have laid claim to the title.