On the road with billionaire Jim Pattison 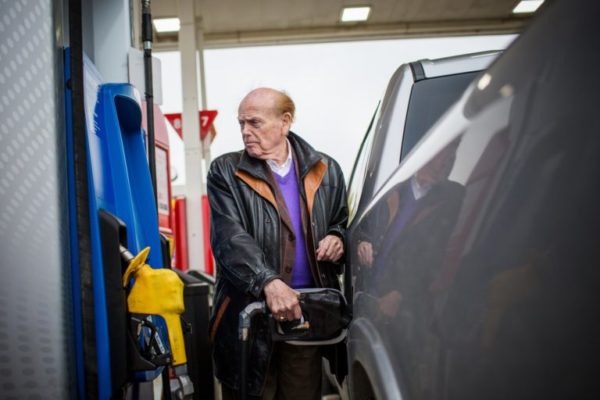 Jim Pattison roars through rural Saskatchewan in his silver pickup truck, barreling down the prairie road that runs arrow-straight to the horizon. Tossed into the back seat is a sleeping bag and crimson pillow—the unlikely berth for Canada’s self-made billionaire when he can’t find a motel.

Observing the speed limit appears optional, using the turn signal an afterthought. Not that there’s much in the way of obstacles—only shimmering fields of wheat stretching across a terrain so flat that if you lost your dog, as the saying goes, you could watch it run away for three days.

It’s here in Canada’s vast breadbasket that Pattison was born and where, at age 90, he’s overseeing one of the newest arms of his C$10 billion ($7.4 billion) empire: Pattison Agriculture, a string of John Deere equipment dealerships serving 21 million acres of farmland.

“We’re seeing more opportunities than we ever have,” says Pattison, steering confidently, his diminutive frame overwhelmed by the cavernous, black leather seats of his Ram 1500 Laramie truck. “There are still lots of opportunities with all the changes going on in the world.”

The road trip offers a rare glimpse of the intensely private Pattison, Canada’s third-richest man, who created his iconic business group in seeming defiance of modern empire-building. He eschews emails, carries a cell phone but barely checks it, and can count on one hand the number of times his group has used an investment bank in recent memory.

Pattison is often dubbed Canada’s Warren Buffett—a trope that underscores how relatively unknown he remains outside Canada despite a conglomerate that operates in 85 countries across a dizzying array of industries: supermarkets, lumber, fisheries, disposable packaging for KFC, billboards across Canada and ownership of the No. 1 copyrighted best-seller of all time, the “Guinness World Records.” Believe it or not, he even owns the Ripley Entertainment Inc. empire.