Lee Mendelson, c producer who guided “A Charlie Brown Christmas” to television, where it became an instant holiday classic in 1965 and has since delighted tens of millions of viewers, has died. He was 86.

Mendelson died Wednesday at his Bay Area home in Hillsborough, Calif., of lung cancer and congestive heart failure, according to his son Jason Mendelson. The family had gathered at his home to celebrate Christmas.

“It is a terrible feeling … but as he would have put it, it was serendipitous to go on Christmas Day — a day when the song that he wrote was playing every 10 minutes on radio stations,” Jason Mendelson told The Times. Lee Mendelson also wrote the lyrics to the iconic song “Christmastime Is Here,” which became the special’s signature song.

Mendelson, according to his son, often told his family that serendipity nudged him toward “Peanuts.” Without his efforts, Charlie Brown, Linus, Lucy, Snoopy and the rest of the “Peanuts” gang might never have endured all these years on the small screen.

Before meeting Mendelson, the publicity-shy Schulz had spurned numerous TV offers to capitalize on his newspaper comic strip. Schulz initially gave Mendelson the brushoff too, Mendelson recalled in a 2015 interview with The Times. 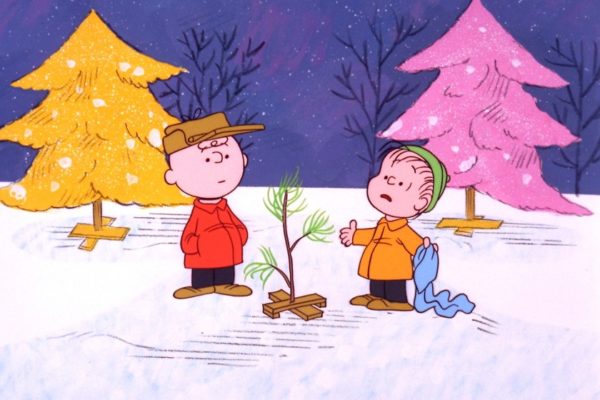 50 years later, Charlie Brown turns out to be a ‘Christmas’ winner after all
.

Mendelson said he pitched a movie about Schulz’s life and the creation of the “Peanuts” comic strip. At the end of the conversation, Mendelson added that he had made a documentary about Willie Mays, the baseball great whom Schulz loved. That show had become a hit on NBC. There was a pause.