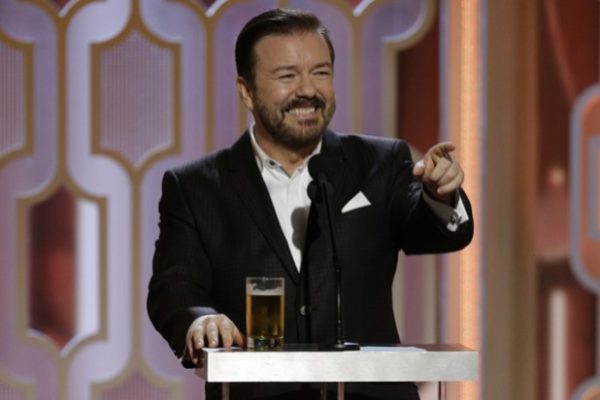 British comedian Ricky Gervais will resume hosting duties at the 77th Annual Golden Globe Awards for a record fifth time. The three-hour telecast will air live on NBC on Sunday, Jan. 5, 2020, at 8 p.m. ET from the Beverly Hilton.

“Once again, they’ve made me an offer I can’t refuse. But this is the very last time I’m doing this, which could make for a fun evening,” Gervais said in a statement.

“In a world where many award shows are opting to go the no host route, the Golden Globes are going all in! It’s going to be a great night,” Dick Clark Productions CEO Mike Mahan added.

The Golden Globes reward film and TV professionals in 25 categories — 14 in film and 11 in television — voted by the roughly 90 members of the HFPA. Tom Hanks is slated to receive the Globes’ Cecil B. deMille Award, while Ellen DeGeneres will be honored with the TV Lifetime Achievement Award.