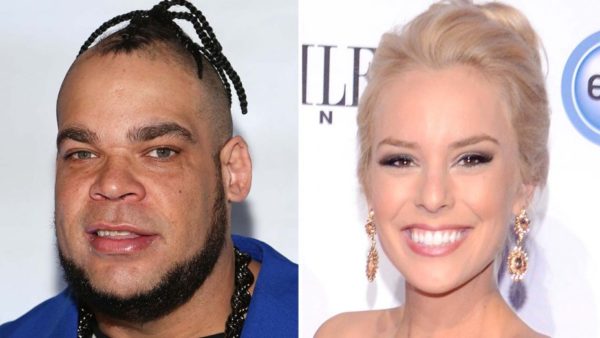 “Again, all protocols were followed and the second set of recommendations fully affirmed the first set,” the network said of Britt McHenry’s claims against Tyrus.

In a new statement, Fox News revealed that it conducted a second investigation into the sexual misconduct claims made by Fox Nation host Britt McHenry against colleague Tyrus.

In June, the network said that “this situation was independently investigated and we consider the matter resolved.”

The network’s statement continued: “We respect the confidentiality of our employees and their involvement in any HR process and therefore will not comment on the results of either independent investigation. We will, however, defend the administrative charge filed in the New York State Division of Human Rights.”

In an additional statement on Friday, the network said in part: “We recognize Britt’s right to tell her side of the story and will defend in litigation our actions, which have been evidence-based and wholly appropriate.”

McHenry, a former ESPN personality, has alleged that Tyrus, a retired wrestler, sent her sexually suggestive text messages and behaved inappropriately toward her in person.