Actress Gugu Mbatha-Raw reveals the excitement of hitting screens in both “Motherless Brooklyn” and “The Morning Show,” and working with stellar casts on both. (Oct. 29)

John Witherspoon is being remembered by his fellow celebrities.

The death of the actor-comedian with memorable roles in the “Friday” films, TV series “The Boondocks,” “Black Jesus” and “The First Family,” and many other projects during his decades-spanning career was confirmed Tuesday by manager Alex Goodman. He was 77.

Ice Cube, who played Witherspoon’s onscreen son, Craig, in 1995’s “Friday” feature in addition to follow-up films, tweeted he was incredibly sad about the news.

“I’m devastated over the passing of John Witherspoon. Life won’t be as funny without him,” the musician tweeted, along with a picture of the pair (below). 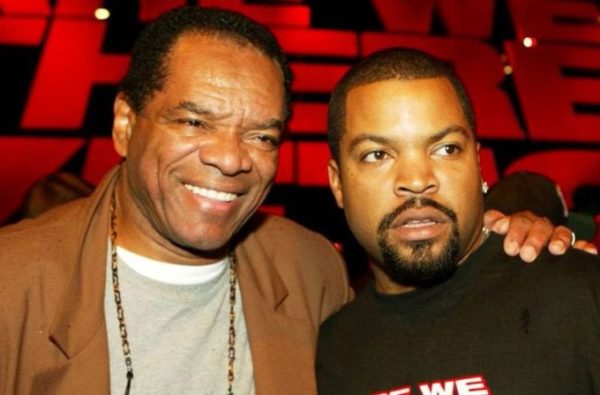 Regina King, who portrayed Ice Cube’s sister in “Friday,” and Witherspoon’s grandchildren in the animated “The Boondocks” series, wished for her former co-star to “Rest In Paradise, King.”

“My dad, my grandpa, my comedic inspiration!” she exclaimed. “I love you Spoons!”

Marlon Wayans mourned Witherspoon in a heartfelt Instagram tribute. On “The Wayans Bros.” series, which Marlon starred in with his brother Shawn, Witherspoon played their father, John “Pops” Williams.