FORBES: Salute to Holger Petersen, a man of many musical achievements 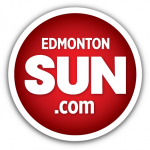 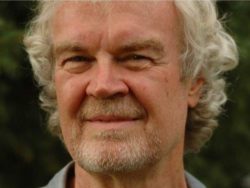 Back during my late teenage years I remember a kid behind me jabbing me in the back during Mr. King’s math class saying “Marty … can you please introduce me to your Dad” (the late Jerry Forbes of 630 CHED fame).

Let’s let him tell the story … his name, by the way, is Holger Petersen.

“I remember back in 1967 when we were both at Bonnie Doon High School. It was my last year of high school and I found out about the Radio and Television Arts course at NAIT. It was only in its first year and already well oversubscribed. You very kindly invited me to dinner with your family to talk about my interest in radio.

“Your dad, the legendary Jerry Forbes, couldn’t have been more supportive of my radio dreams. He wrote a letter on my behalf and later offered me a summer job.

“Without his support I doubt I would have been accepted. Thank you Marty and Jerry for opening the door!”

Next month Holger, and media peers, will be celebrating five decades of an absolutely amazing career.

The industry will be gathering late in November to aptly salute his many achievements in both the broadcasting and music industry.

He also hosts Saturday Night Blues, now in its 33rd year, across Canada on CBC Radio One and Two, and across North America on SiriusXM 169. He has been interviewing blues and roots music artists since the late ’60s.

In 1975 he co-founded Canada’s Stony Plain Records. The label has won 15 (Canadian) Juno Awards and has been nominated for six international Grammy Awards.

He is also a founder and past artistic director of the Edmonton Folk Music Festival, named to the Order of Canada in 2003 and is a recipient of two honorary ‘Doctor of Letters Degrees’ presented by the University of Alberta (2012) and Athabasca University (2004) in recognition of his contributions to Canadian culture and public broadcasting.

He was also named best public broadcaster by the Blues Foundation in Memphis in 2009.

Also in music news, the Melisizwe Brothers from little old Leduc are slowly making some incredible movement in the music biz.

They’ve appeared on the Ellen Degeneres Show, Steve Harvey’s Night at the Apollo, Little Big Shots, America’s Got Talent and they’ll be doing a big military benefit on Remembrance Day at the Jubilee Auditorium here in town.

The concert will include a choir comprised of 100 local school children and will honour military families as part of the show.

Tickets are on sale now.

Unlike us mortals, the blues never gets old.
Thanks to guys like Holger who remind us of that by keeping it in front of an appreciative audience.

Nice piece Marty, about one of the best of our time.

Holger, too much water has slipped under the bridge since our paths last crossed. Congrats on all the well-deserved accolades my friend. Quit poking Marty in the back during class.

Thanks Gerry. The gathering will be held on Sat Nov 23rd at CKUA just prior to his show – which I guess will be pretty darned special. The gentle giant is just a wonderful human being. Deep respect for what he has accomplished.