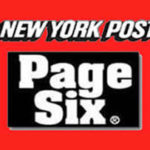 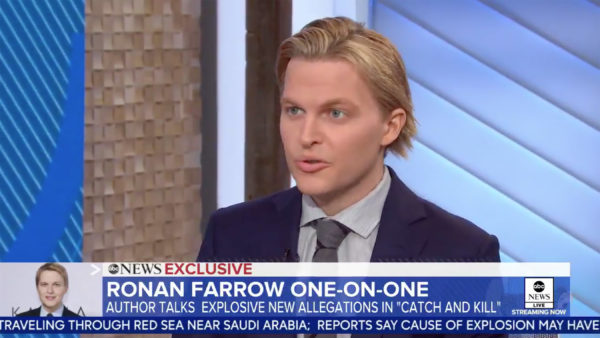 Ronan Farrow on GMA this morning defending reporting in his book  (ABC)
.

The Pulitzer Prize winner appeared on ABC’s “Good Morning America” to defend the reporting in his bombshell book “Catch and Kill.”

But he also contradicted NBC’s stance that it only learned of sexual misconduct allegations against Lauer when Brooke Nevils came forward in November 2017, prompting the anchor’s termination.

“This is not what the reporting in the book suggests. We spent several years reporting this out, extensively fact-checking it,” Farrow told George Stephanopoulos. “What we show in this book with the paper trail with documents is that there were multiple secret settlements and nondisclosures being struck with women at NBC.”

“But those were after the fact,” Stephanopoulos interrupted.

Farrow replied, “Nope. Years before. Over a period of six to seven years. A period in which NBC had previously denied any settlements –”

‘“There were seven nondisclosure agreements, multiple ones of those with Matt Lauer accusers,” Farrow responded. “This is years before this incident with Brooke Nevils and the firing and I spoke to senior executives who were told about those earlier incidents.”